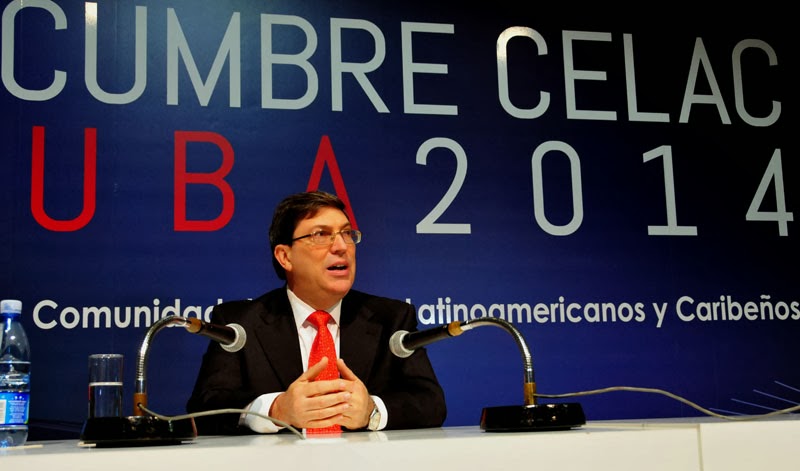 The repressive apartheid dictatorship of Cuba has gone to extraordinary lengths to disappear as many dissidents and opposition leaders in Havana as possible to keep them out of eye and earshot of the CELAC Summit. This latest wave of repression is so egregious that even Amnesty International has denounced the Castro dictatorship’s actions as outrageous. Meanwhile, the Latin American leaders attending the summit and the international press in Cuba covering the event look the other way and make believe nothing is happening.

The Cuban government has unleashed “a large wave of political repression” against dissidents, detaining or threatening at least 60 to keep them from tarnishing a meeting of hemispheric leaders in Havana, a human rights group reported Monday.

The II Summit of the Community of Latin American and Caribbean States (CELAC) on Tuesday and Wednesday will focus mostly on efforts at economic integration among the 33 member nations. CELAC excludes the United States and Canada.

Cuba also has proposed declaring the region as a “zone of peace” and other nations have proposed addressing issues such as poverty, climate change, the peace talks between Colombia and FARC rebels and the U.S. embargo against the Cuban government.

But attempts by the Cuban opposition to voice their complaints to the foreign visitors and grab part of their media spotlight by holding two small “parallel summits” have been met with tough measures by security officials on the island.

Police briefly detained at least 40 dissidents, threatened or harassed another 18 and ordered five more to stay home “until the end of the summit,” said a report Monday by the illegal Cuban Commission for Human Rights and National Reconciliation.

Those numbers are preliminary because of government controls on communications within the island, but they already amount to “a large wave of political repression against peaceful dissidents,” the report said, to “muzzle” them during the two-day summit.

Other dissidents have reported nearly 150 brief detentions and blocks on the cell phones of several pro-democracy activists.

Among those put under house arrest are Guillermo Fariñas, winner of the European Parliament’s Sakharov Prize for Freedom of Conscience in 2010, and former political prisoner Oscar Elias Biscet.

In the past 72 hours, 250 Cuban dissidents have simply disappeared: