The Editorial Board of Investors Business Daily:

Sympathizer: Tom Harkin, or “Comrade Harkin” to some, says Cuba’s health care system is “remarkable.” Maybe a better name for Iowa’s senior senator, would be “Useful Idiot,” a term the USSR used for gullible leftists in the West.

Harkin, a Democrat, recently spent a week in Cuba, apparently taking in all that the island prison has to offer. On his return, he told reporters that Cuba is a “poor country” — did he think they didn’t know this? — but gushed that “they have a lower child mortality rate than ours.” 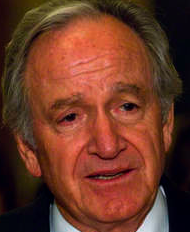 “Their life expectancy is now greater than ours,” he said. “It’s interesting — their public health system is quite remarkable.”

Yes, right, because Cuba would never fudge its data to make itself look good. Communist dictatorships don’t traffic in propaganda. It’s just not in their DNA.

The National Journal reported that “Harkin, who made a 186-mile trek over the course of three days, also cited low infection rates in Cuban hospitals and the country’s success in reducing smoking among citizens through public health campaigns.”

Did it occur to the chairman of the Senate Health, Education, Labor and Pensions Committee — who made the visit, according to the National Journal, “to check out how other countries are doing when it comes to public health” — that maybe he was given the VIP tour of Potemkin clinics and kept away from the wretched facilities that regular Cubans have to endure? Apparently not. Let’s take Harkin’s points one at a time.

First, anyone who trusts Cuba’s official government data should not shop for bridges.

In 2011, the United Nations Development Program placed the country in a category reserved for those whose data are not reliable, putting Cuba in a group that includes Iraq, Somalia and North Korea.

Four years earlier, Forbes reported that John Kavulich, senior policy adviser to the U.S.-Cuba Trade and Economic Council, was skeptical of data provided by Cuba’s government regarding U.S. imports. Kavulich said the statistics are “unreliable and unverifiable.” Why? “Because they are provided by a centrally planned government with a poor track record of transparency.”

In 2005, the Christian Science Monitor reported that “Cuban statistics are considered unreliable,” and Humberto Fontova noted last year in the Washington Times that “Standard & Poor’s refuses even to rate Cuba, regarding the economic figures released by its Stalinist apparatchiks as utterly bogus.”