What You Won’t Read About Arsht’s Cuba Push-Poll 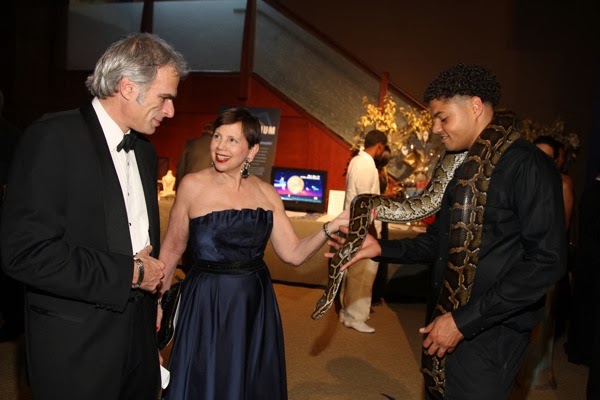 The anticipated push-poll by The Atlantic Council‘s Adrienne Arsht Center will be released this morning.

Here’s what you probably won’t read in most news stories about its results.

First, the entire release is biased and agenda-driven.  No dissenting voices have been invited to participate. As we noted earlier, U.S. Senators Jeff Flake (R-AZ) and Patrick Leahy (D-VT), Congress’ biggest supporters of unconditionally engaging the Castro regime, worked hand-in-hand with the pollsters and organizers. To the point that Flake-Leahy wrote a Miami Herald oped — citing figures from the poll — that was published the day before its official release.

It is not a poll of voters. They could have polled Honey-Boo-Boo and it would have been reflected in the results.

The push-poll’s “big news” is that 56% of Americans purportedly support “normalizing relations or engaging directly” with Castro. Note how broad that is. Moreover, that they don’t ask about the “embargo” — for they know there’s no support in Congress for lifting the embargo. This push-poll is aimed at the Obama Administration. Yet, based on these results, more Americans support repealing Obamacare than engaging with Castro. And we know the Obamacare numbers don’t influence the President.

Since the 56% isn’t particularly impressive, they claim Floridians favor engagement by an even greater number — 63%. Of course, there’s no sampling structure or breakdown of how they polled Florida. We’d note that neither of the pollsters have any experience in Florida politics, let alone the Senators from Arizona and Vermont. Anyone that has actually won a race in the State of Florida, including the Obama Administration, knows that is silliness.

Interestingly enough, even in a push-poll, when the human rights abuses of the Castro regime preceded the question, the number of Americans that support engagement went down from 56% to 43%. Even their Florida numbers went down from 63% to 43%. This wide swing shows that those polled knew little about Cuba, particularly those in Florida. Odd right? Not really, that’s exactly who the pollsters were targeting. It’s laughable to believe Floridians are less aware of human rights abuses in Cuba than non-Floridians. But it also shows why Castro’s U.S. advocates are constantly trying to “white-wash” the regime’s abuses.

*Note that the question that most accurately reflects the human rights and democratic conditions codified in U.S. law is the one that throws off their “engagement” narrative.

Of course, with the push-poll aimed at the Obama Administration, they asked about the “state-sponsors of terrorism” list and were surprised that it was originally split. So they claim that after more “information” (literally telling respondents “Cuba poses no threat”), the numbers of those wanting Cuba off the list went up to 61%. This was the neatest jedi trick since Obi Wan Kenobi at the Star Wars Cantina. Needless to say, they didn’t “inform” about arms-trafficking to North Korea, the harboring of U.S. Most Wanted Terrorists, the support provided to Treasury-designated terrorist groups, money laundering concerns, subverting democracy in the Western Hemisphere, etc.