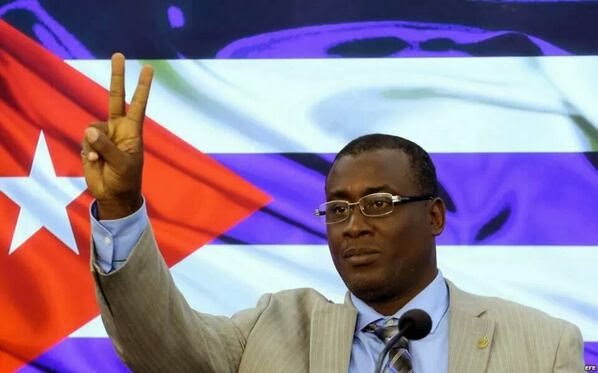 “Jorge Luis García Pérez Antúnez just called to tell me that his house was invaded for the third time, his wife was arrested, and he regained consciousness while laying on the street next to a patrol car. ‘Don’t allow them to kill us,’ he told me in a groggy voice.”

Martha Beatriz then followed with a message to Cuba Archive: “He sounded like he was in a very bad state, exhausted from feeling un-supported. I am very worried that they will kill him and nothing will happen. He is now all alone and in hunger strike.”

“Antunez,” and his wife, Iris Tamara Pérez Aguilera, are leading members of Cuba’s peaceful opposition movement. They went on hunger strike the morning of February 10th to protest the violent repression to which Cuban authorities have most recently subjected them — detentions, violent home invasions, and confiscation of their belongings. Their telephones have been cut off and since January 24th  their home has been surrounded by security forces.

The couple lives in in Placetas, which is approximately 200 miles from the city of Havana in the province of Villa Clara.