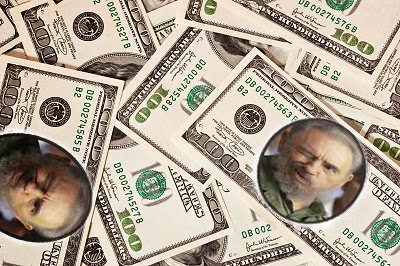 Like a petulant child, Cuba’s repressive apartheid dictatorship is throwing yet another temper tantrum in the hopes that its grating screeching will be annoying enough to force the U.S. into giving them their way. Refusing to acknowledge what it well knows (that businesses in the U.S., including banks, are free to refuse business), the Castro regime is trying to force the U.S. government to pressure a U.S. bank into handling and trafficking their blood money. To achieve this extortion of sorts, the State Sponsor of Terrorism government of Cuba is attempting to hold hostage Cuban exiles in the U.S. by refusing to process their visa and passport applications until the Obama administration instructs the Treasury Department to meet their demands.

Unfortunately, it is quite possible the White House will succumb to the will of the Castro dictatorship and make what would otherwise be a humorous episode worthy of raucous laughter into another sad case of appeasement to a tinpot dictatorship by the U.S.

Cuba suspends consular services in the U.S. due to banking problem

(Reuters) – Cuba suspended nearly all its consular services in the United States on Friday after it was unable to find a bank to handle the accounts of its diplomatic missions in Washington and New York, it said in a statement released to news organizations.

The decision by the Cuban Interests Section, Havana’s mission in Washington, stems from its inability to find a replacement for M&T Bank Corp, which had decided to stop offering services to foreign diplomatic missions.

In a statement Cuba blamed the decision on U.S. economic sanctions against the communist-run island, saying consular services would remain closed indefinitely “until banking services are re-established.”

The decision threatened to disrupt a recent surge in travel between the two countries. It could also undermine the Obama administration’s “people-to-people” policy to increase Cubans’ contact with compatriots living in the United States and groups of U.S. visitors licensed to visit the Caribbean island. There are still tight restrictions on general U.S. travel to the communist-run country, however.

Cuba briefly suspended consular services in November after it was informed by M&T that it was ending its banking services. M&T agreed to extend its deadline for deposits until February 14 for deposits, with the account to be closed on March 1.

The United States and Cuba do not have diplomatic relations but maintain lower-level interests sections in each other’s capitals.

The United States does facilitate connections but has no ability to compel private banks to provide services, according to U.S. officials.