Only God knows how much more the Cuban people can take of the magnanimous and marvelous “reforms” being implemented by Cuba’s apartheid Castro dictatorship. The latest recipients of this benevolence ended up bloodied and with broken ribs. 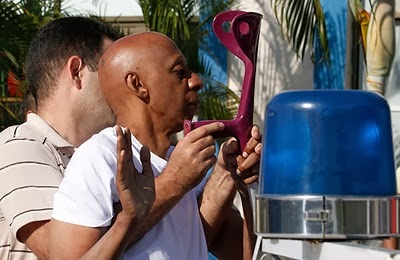 The Castro regime arrested over 23 dissidents from the Cuban Patriotic Union (UNPACU) today, as they tried to gather for a regional meeting of the organization in the province of Villa Clara.

Among those arrested was Sakharov Prize winner, Guillermo Farinas, who was savagely beaten and held in a freezing cell.