“Well brothers and sisters I ask you to continue in this fight and do not leave the street, to assume our right to protest, but to do it in peace and without violence, I ask that us, all of us that are here, all of the Venezuelans that want a change, to get informed, educated, organized, and to execute non-violent protests, the protests of masses, and the will of souls and hearts that want to change, but without hurting your neighbor. ” – Leopoldo López Mendoza on February 18, 2014 in Caracas, Venezuela 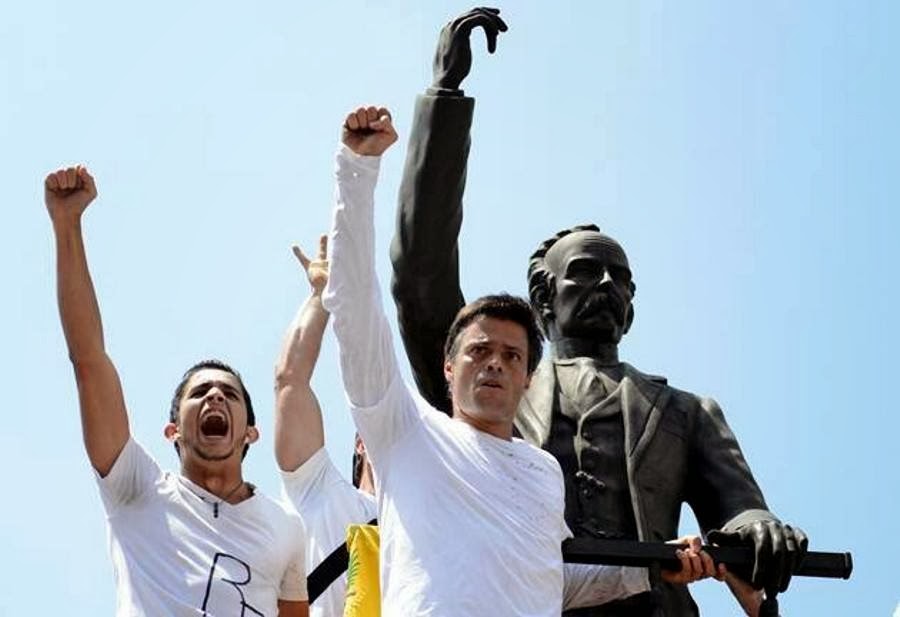 Before turning himself to the Maduro regime for encouraging nonviolent protests Venezuelan opposition leader Leopoldo López Mendoza addressed a gathering of tens of thousands in Caracas.

Perhaps there was a silence for a time. Leaving unclear the why of this whole fight. This fight is indeed for our youth, this fight is indeed for the students and for those who have been repressed, this fight is indeed for those who have been imprisoned, but this fight brothers and sisters, is for all the people of Venezuela, that is suffering today, is suffering making lines, is suffering scarcity, the youth have no employment, they have no future, because of the wrong model, for a model that is not implemented, but exported from other countries, that has nothing to do with the brave people of Venezuela, and that we together brother and sisters, have to be clear that we have to build an exit to this disaster. That exit brothers and sisters must be nonviolent, it must be within the constitution but it also has to be on the streets. Because we no longer have in Venezuela, we no longer have in Venezuela, a free media to express ourselves. If the media is silenced let the street speak loudly. Let the people speak, and may the streets speak with peace and with democracy.