Cuban Americans in the U.S. Congress are not keeping silent about the bloody violence being perpetrated by the Cuba-trained, armed security forces of the Venezuelan dictatorship. 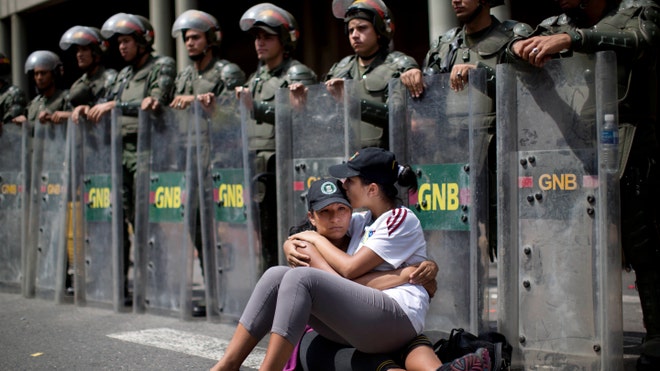 Drawing parallels to Cuba, the homeland their families fled and that has been a focus of their political careers, Cuban-American members of Congress are calling on the United States to impose sanctions on Venezuela for its recent violent crackdown on protestors.

U.S. Rep. Ileana Ros-Lehtinen, a Florida Republican, is requesting that the Obama administration reduce oil imports from Venezuela by at least 10 percent. Ros-Lehtinen, who is chair of the House Middle East and North Africa Subcommittee, has asked Secretary of State John Kerry to push for a special session of the Organization of American States to discuss the unrest in Venezuelan.

“With the ongoing conflict in Venezuela and countless human rights violations occurring, I have asked the Obama administration to reduce its oil imports from Venezuela to send a signal of support to those being oppressed by the Maduro regime,” Ros-Lehtinen said in a statement.

“I commend the students and their supporters for courageously speaking out against the Maduro regime that seeks to undermine democracy and violate human rights.”

Violence is heating up in Venezuela as firebrand opposition leader, Leopoldo Lopez, faces criminal charges for organizing rallies that set off a deadly week of turmoil in the oil-rich but economically struggling country.

Demonstrators are protesting Lopez’s detention as well as the rampant crime, shortages of consumer goods and inflation rate of more than 50 percent that has made life difficult for many in the country of nearly 30 million people.

Five people so far have died in the protests against the Maduro government, including a beauty queen who was shot in the head.

Criticism of Maduro’s crackdown has bipartisan backing in the U.S. Congress.

“The brutal and oppressive tactics President Maduro is subjecting his fellow countrymen to will only further diminish his legitimacy as president,” he said in a statement, “and the United States will not look the other way while the democratic aspirations of Venezuelans are viciously trampled.”