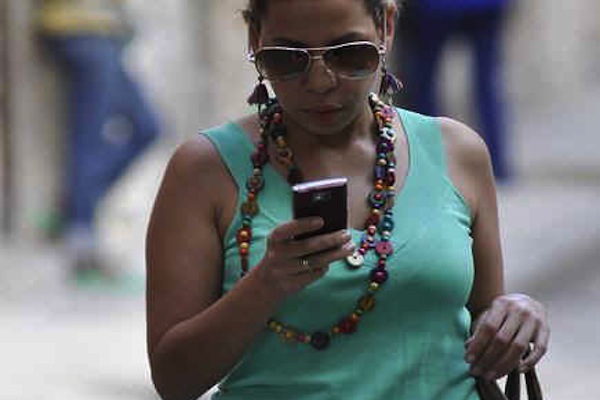 HAVANA, Cuba – In the first half of the year the ironic character of the restoration of some of the people’s rights will be perfected with Internet for cellphones. Cubans will have access to the network from our cells, in proportions equal to the costs of unattainable hotels, real estate and cars.

The government announcedthat the cost of activating the service will cost 5.40 CUC. The cost exceeds the 4.50 CUC Cubans have topay for the same concept to connect to the Internet in one of the navigation rooms. 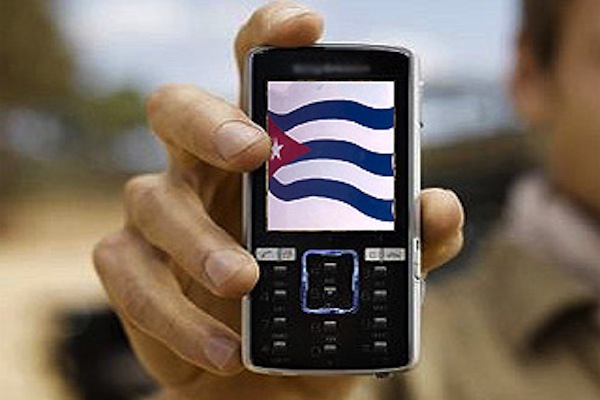 The service offered by Cuba’s only Telecommunications Company (ETECSA), not only inspires negative critiques of the prices. There are doubts about the official statement that the bandwidth and speeds will match those of the rest of the world. The lack of confidence in an optimal service is based on the GPRS technology installed in the country that adjusts the capacity up to 2 Mb.

An ex ETECSA officia, who asked me not to mention his name explained, “If you have 2 Mb in optimal conditions (which he clarified there never are) and three people connect with you to the GPRS, and you divide 2 MB by 4, you have 500 Kb.  A low bandwidth because what the towers permit is very limited.”

“You have a 4G phone in Cuba and the most you can get is 2 Mb because the cellphone transmission system is GPRS,” he adds. To the specialist, the service announced is not only limited, it’s one more highway robbery of the user.

“In Italy the LTE norm of 100 Mb costs a flat fee of 30 euros. At that price you can download whatever you want simultaneously,” and he added. “To install LTE in Cuba, they have to change the antennas, the base radio, the central…”

To inquire about rated we talked to ETECSA’s office of commercial information. The official identified as Lucia alleged she had no information about it. For her, the topic is an unknown.

“… We have no information for the user about what is going to happen in the future, nor when it could be (the Internet) for cellphones… Martha, Lucia’s supervisor, explained that there is still no “guidance” to explain to the users about the information offered by the Official Gazette and the Round Table on television.” 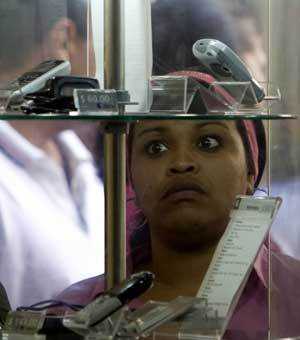 ETECSA sources unofficially revealed that the prices announced by the government could be open to discussion. For Cubans to download a page of 1 Mb could cost 5.12 CUC, perhaps a few cents less if it’s HTML, just text. A modest volume of downloads of 10 Mb a month would cost 51.20 CUC (1,280 Cuban pesos).

The disinterest and ignorance of people about a service that they can’t afford makes it hard to talk to them about it on the street. In a four of the so-called cellphone clinics visited, those present were unaware of the details published about our new service.

Raul, a sports teacher, referring to the prices announced for cellular Internet, said, “They remove the prohibitions from the legal point of view and establish them from the economic side.”

A Chinese tourist named Kwang, said that in his country there were plans for contracting Internet service on a cellphone. He added that he pays 7 dollars (42 yuan) a month for the service. “I never focus on the kilobytes I download, I just have it,” said the foreigner.

Josvany, 24, who sells TV antennas in the street, explained his interpretation of the prices based on what people are saying in the street. “You put 25 CUC into an account, and in four months you have to recharge it even though you haven’t spent it.” According to the young man the recharges are made from abroad.

With prices so far from people’s reality, the government returns services that have been prohibited for years. The right of Cubans to stay at hotels on the island, to have a cellphone, to sell their property (houses and cars), and the Internet, to mention a few.

In this respect, Osvaldo, an unemployed restaurant worker, summarized in his opinion, that of the people. “They can’t eat cars or the Internet. They have to start lowering the price of food… They (the government) want to fill their pockets with the poverty of the people.”