Friend of Babalú Jay Nordlinger in the National Review: 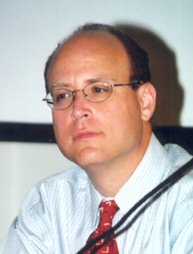 Even in liberal democracies, there are people friendly to dictators, and that is of course true in the United States. And it’s especially true when it comes to Castro (either of them, but especially Big Brother).

Who are the Castro-friendliest people in the U.S. Congress? Well, you can probably call the roll as well as I can: Charlie Rangel, José Serrano, Jim McGovern, Maxine Waters, Sam Farr, Barbara Lee. That’s on the House side. And in the Senate, the two Vermonters: Pat Leahy and Bernie Sanders. And Iowa’s Tom Harkin. And probably some others.

My apologies to those in either chamber I’ve left out.

There are alumni who deserve mention too, of course — former congressmen. First and foremost, Ron Dellums (Barbara Lee’s mentor). Well, actually, maybe Bill Delahunt should be called “first and foremost.” He was indefatigable. In addition to being Castro-friendly, he was extremely friendly to Chávez, the would-be Castro of Venezuela. It was perfectly natural that President Obama sent Delahunt to Chávez’s funeral.

All the Americans I have named are left-wing Democrats, of course, ideologically in sympathy with these brutes. And then there’s Jeff Flake, the Republican senator from Arizona, a libertarian darling. I was one of the few on my general side who rooted against him when he ran for the upper chamber in 2012. It was bad enough that he was in the House. The other conservatives rooting against him were those who know his record on Cuba.

You might excuse him on libertarian grounds: He believes you should travel where you want, for any reason, and he believes you should be able to do business with a totalitarian dictatorship, no matter what its effect on people. (There is no doing business with independent companies or individuals in Cuba. You have to deal with the regime, which enriches itself.) Okay, fine. I’m open to argument, sort of. But how do you excuse the following?

As Capitol Hill Cubans reported, Flake and Jim McGovern are hosting six “religious leaders” from Cuba. (To recall McGovern’s peculiar relationship with the FARC, go here.) The “religious leaders” are actually stooges of the dictatorship, loyal soldiers to Castro, denouncers of dissidents.

They remind me a little of the old Soviet Anti-Zionist Committee, which was composed of Jewish stooges.