In situations such as this, the temptation to say I told you so is overwhelming. Therefore, indulge me for a moment to say loudly and unequivocally: I told you so.

Opinion: Even All Dolled Up, The Two Faces Of Cuba Are All Too Easy To See 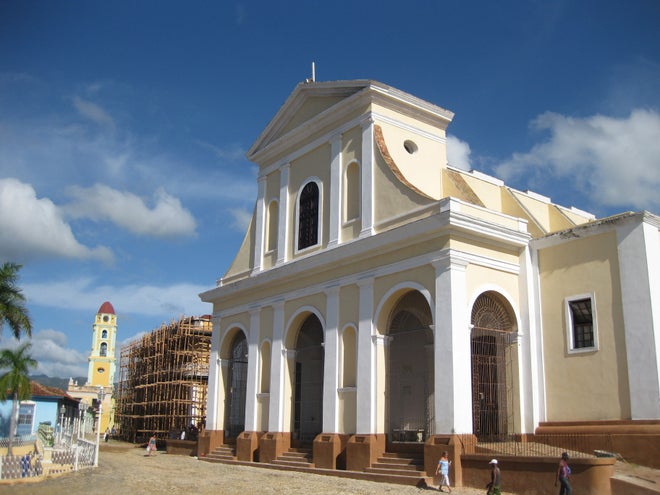 Cuba will break your heart.

This is a land of contrasts: Young and old, vibrant and tired, joyful and hopeless. It is an architectural gem that rises to greet its visitors from impossibly blue waters.

There are outdoor cafés, nightclubs, fancy restaurants. There are happy times.

But there is also crumbling infrastructure. And shanty towns. And the boat carcasses that litter the landscape – reminders of Cubans’ failed attempts to reach the mainland.

I have come to Cuba as part of a growing cultural exchange and tourism program instituted by President Obama in 2011.

My group, comprised of 10 Americans, is among the first in five decades to get government approval to set foot on Cuban soil. U.S. citizens are barred from traveling to Cuba without permission under a trade embargo imposed half a century ago which can only be lifted by Congress.

The Cuban government keeps a short leash on the Americans who travel here. U.S. visitors must be accompanied at all times by a local Cuban national tour guide; there is little to no free time and no wandering from the pack.

During the day, we visit museums, churches and a Santería temple; the group is squired through the home of artist José Rodríguez Fuster (“the Picasso of the Caribbean”); we take a salsa lesson, and visit a pottery studio and a cigar factory. We stop by a nursing home. There is a visit to a dance school, and we tour a medical clinic. In the countryside, we visit botanical gardens and an opera house. We listen to a state-sponsored choir.

This is Cuba scripted, a halftime show of “educational exchanges” put on by the Raúl Castro regime.

The propaganda is palpable: According to our guide, a twenty-something woman, “when the Revolution triumphed” Cuba rid itself of prostitution, gambling and drugs. And Cuba, we’re told, has a cure for cancer – a medicine called “Blue Scorpion” that is not exported because of the embargo. There are no guns in Cuba because they are illegal. Fidel Castro closed churches because they were fronts for the CIA.

The medical system is presented as a utopian ideal in which “No one has to pay for health care, like in America.” There is no mention of the tiered system that gives government officials immediate access to treatment while the poor wait months to see an overworked doctor at a rundown neighborhood clinic with limited supplies.

Education is free, too – a matter of pride for our guide, who has never left the island. “No one is out of work in Cuba like in America. No one has to look for work because everyone is assigned a job that is matched to their skills.”

In this system, a person gifted in the sciences could wind up working in tourism. And your doctor may have made a better plumber.

Read the entire account of this visit to Castro’s Potemkin Village HERE.