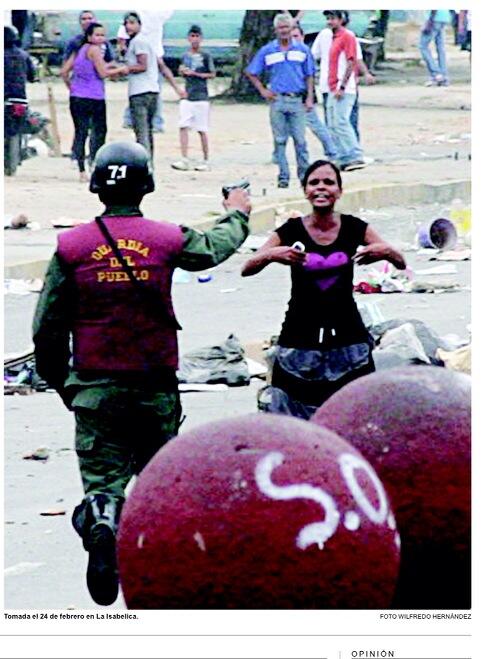 A new stage in the Cubanization of Venezuela: the Comités de Defensa de la Revolución (Committees for the Defense of the Revolution) have now arrived.
I received an email from Venezuela describing a new situation: Neighbors in the same buildings reporting anyone who protests to the National Guard, who then tear down the front door and arrest all the people in the apartment of the alleged protesters.

According to NGO Foro Penal Venezolano, Protests in Venezuela leave 1,084 detainees so far

Unlike most reporters, this CNN reporter did go into the fray,

Zello? According to DefenseOne, this is the app that’s fueling the uprising in Venezuela. The Walkie-talkie app is the favorite app of protest organizers in Venezuela and in Ukraine.
…
Bookmark these alternatives to text messaging: What’sApp and Telegram. Or begin using them now.The Crowdpilot app lets others listen in to each other’s conversations, especially helpful in situations like thrones [sic] in Ukraine and Venezuela.

In the city of Valencia, three National Guard colonels are AWOL after refusing to fire on their fellow citizens.

After Panama requested a meeting at the Organization of American States (OAS) to discuss Venezuela’s crisis, Maduro cut ties with Panama, calling country a ‘lackey’ for the United States.

Maduro used the most insulting terms, calling the president of Panama a “groveling lackey”, while telling the OAS to stay out of Venezuela, now and forever.