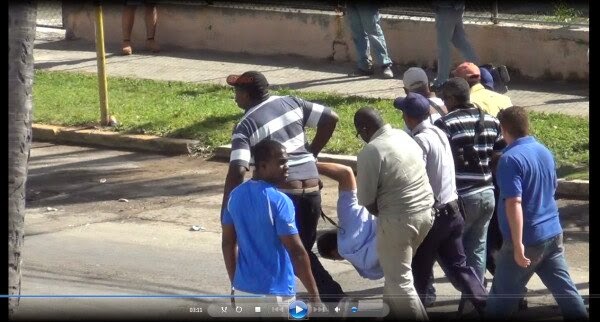 We’ve all been inspired by the heroic acts of Venezuela’s student protesters.

Moreover, we’ve all see the images of brutality and repression exercised by Maduro’s Cuban-controlled government.

“Protests and violence have killed at least 28 people in the last six weeks. More than 300 have also been injured in the South American OPEC nation’s worst violence in a decade. Some 1,500 people have been arrested, with 100 or so still detained.”

Now, think about this:

What we’ve seen for the last month and a half in Venezuela — and have been rightfully appalled by — is what the Castro regime averages on a monthly basis of political arrests in Cuba.

It really puts into perspective the breathtaking repression of the Castro regime.

In other words, what’s taking place in Venezuela is all in a typical month’s work for the Castro brothers.