Mr. President, Not A Good Call To Ignore Venezuela 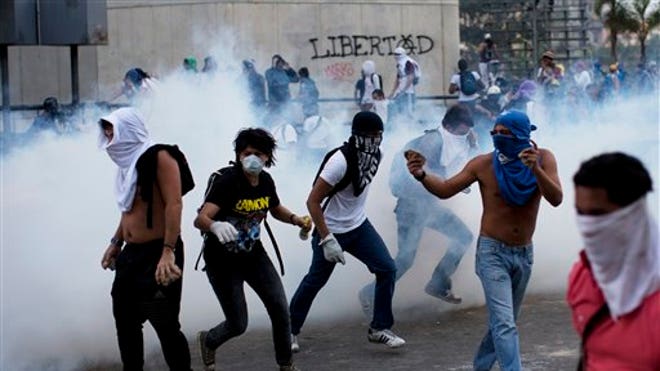 It is just 520 miles from where I am writing this at my home on the south-coast of Puerto Rico to Caracas, the chaotic Venezuelan capital. That is less than 1/10 the distance from here to Ukraine’s Crimean Peninsula, which is 5,845 miles. Yet the troubling situation on the shores of the distant Black Sea continues to command far more media and political attention than the massive turmoil in nearby Venezuela just across the Caribbean Sea.

As I have reported before, there are a host of reasons the affairs of Latin America generally and Venezuela specifically isn’t making the evening news despite its proximity. Foremost is the fact that a foreign country isn’t overtly muscling into Venezuela the way Russia is taking over Ukraine’s Crimea. If Cuba had openly invaded Venezuela, instead of merely infiltrating the government of leftist President Nicolás Maduro as it did the government of his predecessor the late Hugo Chávez, the United States would be invoking the Monroe Doctrine and mobilizing for war.

The paranoid President Maduro thinks we’re on the verge of invading anyway, or at least that what he tells his followers to keep them focused on the imaginary threat from Uncle Sam instead of on the 56 percent inflation rate and the real world shortages of basic human services including food and healthcare. In the meantime, under his rule bilateral trade with the United States has fallen dramatically, oil exports to the U.S. eroded from $41.9 billion in 2011 to just $30.8 billion in 2013.

For the last month, violent nationwide demonstrations have wracked this lovely nation on the top of South America. Twenty-eight protesters have been killed since the unrest began Feb. 12, following a sexual assault that highlighted a woeful epidemic of violent crime, and the world’s highest murder rate.

Television stations here in Puerto Rico carried at least excerpts of a speech to his nation and to the world this past weekend by President Maduro in which he called on the United States to negotiate not only a peaceful conclusion of Venezuela’s endemic unrest, but a new era in the U.S.-Latin American relations.

“Let the coups d’état end, the military interventions, the threat and the use of force against the people!” Maduro thundered to a large and friendly crowd.

He also wants the grandiosely named Union of South American Nations (Unasur) at the table. (It is a “union” in the same way the United Nations is “united”).