Guillermo Martinez in the Sun-Sentinel: 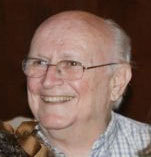 The law, modeled after a similar one enacted for Hungarians who managed to escape the 1956 uprising against the Soviet Union, gives all Cubans who come to the United States the right to apply for U.S. residency a year and a day after their arrival.

It makes no difference if you come on a tourist visa; if you cross over the border from Mexico; if you cross the Florida Straits by boat; or if you are one of the lucky ones who win the visa lottery in Cuba.

For decades this has been a huge differentiating factor between Cubans and other immigrants from Latin America. Cubans, it was said, came fleeing a Communist regime and would be persecuted if they returned to the island. That made them political refugees, while those from the rest of Latin America came fleeing poverty. That made them economic immigrants and not eligible for preferential treatment.

That may have been the case decades ago, but it has been many years since most of the Cubans who arrive in the United States come for political reasons, fleeing Communism.

The “historical” Cuban exiles — those who came in the first 20 years of the Castro regime — legitimately could say they were fleeing Cuba for political reasons. After the Mariel boatlift, in 1980, and in the last 25 years, most of those who come from Cuba do so for economic reasons, just as do the rest of the economic migrants from Latin America.