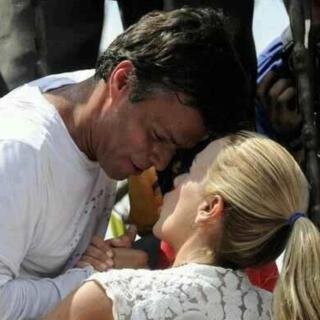 Los Teques, Venezuela — As I compose these words from the Ramo Verde military prison outside Caracas, I am struck by how much Venezuelans have suffered.

For 15 years, the definition of “intolerable” in this country has declined by degrees until, to our dismay, we found ourselves with one of the highest murder rates in the Western Hemisphere, a 57 percent inflation rate and a scarcity of basic goods unprecedented outside of wartime.

Our crippled economy is matched by an equally oppressive political climate. Since student protests began on Feb. 4, more than 1,500 protesters have been detained and more than 50 have reported that they were tortured while in police custody. Over 30 people, including security forces and civilians, have died in the demonstrations. What started as a peaceful march against crime on a university campus has exposed the depth of this government’s criminalization of dissent.

I have been in prison for more than a month. On Feb. 12, I urged Venezuelans to exercise their legal rights to protest and free speech — but to do so peacefully and without violence. Three people were shot and killed that day. An analysis of video by the news organization Últimas Noticias determined that shots were fired from the direction of plainclothes military troops.

In the aftermath of that protest, President Nicolás Maduro personally ordered my arrest on charges of murder, arson and terrorism. Amnesty International said the charges seemed like a “politically motivated attempt to silence dissent.” To this day, no evidence of any kind has been presented.

Soon, more opposition mayors, elected by an overwhelming majority in December’s elections, will join me behind bars. Last week the government arrested the mayor of San Cristóbal, where the student protests began, as well as the mayor of San Diego, who has been accused of disobeying an order to remove protesters’ barricades. But we will not stay silent. Some believe that speaking out only antagonizes the ruling party — inviting Mr. Maduro to move more quickly to strip away rights — and provides a convenient distraction from the economic and social ruin that is taking place. In my view, this path is akin to a victim of abuse remaining silent for fear of inviting more punishment.

More important, millions of Venezuelans do not have the luxury of playing the “long game,” of waiting for change that never comes.

We must continue to speak, act and protest. We must never allow our nerves to become deadened to the steady abuse of rights that is taking place. And we must pursue an agenda for change.