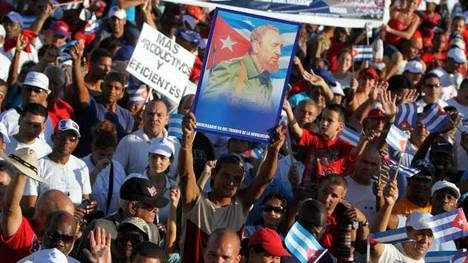 Yesterday, the Castro regime released the details of its “new” foreign investment law, which looks a lot like its old one.

Don’t believe us? See for yourself here.

In 1995, there was the same vagueness, speculation and discourse about possible Cuban-American investment (solely with the state); full-ownership for foreign companies and stronger investor guarantees.

Of course, the rhetoric about stronger investor guarantees is laughable when an unknown number of foreign businessmen remain arbitrarily imprisoned in Cuba, such as Canada’s Cy Tokmakjian.

Tokmakjian was arrested in September 2011, when his Havana office was unexpectedly raided and its assets confiscated.  Nearly two years later, Tokmakjian has yet to be charged with anything.

Also, laughable is Castro’s promise not to expropriate — and this time, he really, really means it.

Tell that to the foreign businessmen who — just in the last few years — had over $1 billion in their Cuban bank accounts frozen.

(For those unaware, self-employment is a license to lease “permission” to perform a service.  It entails no ownership rights, which remain in the hands of the state.)

The only notable difference in the “new” law are some tax breaks the Castro regime is offering to its foreign partners.

Of course, the Castro regime makes up for these breaks (and then some) through the hidden taxation involved in the hiring of Cuban labor, which will remain exclusively in the hands of the dictatorship.

This remains in clear violation of the International Labor Organization‘s Protection of Wages Convention (No. 95).

Thus, the core of Castro’s “new” foreign investment law continues to be in violation of international law.

That’s quite a “reform.”