Castro More Dependent on Subsidies Than Ever 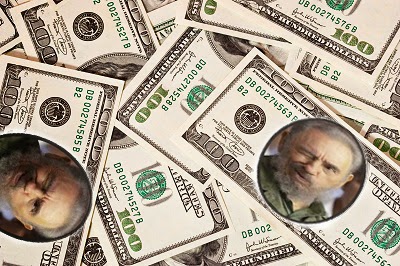 The Castro regime has forecast revenues of $8.2 billion from the contracting of its captive medical personnel abroad this year.

This has become — overwhelmingly — the regime’s main export and source of income.

This has nothing to do with the quality of Cuban doctors, or any market forces — it’s simply a subsidy.

For perspective, this subsidy alone (Venezuela provides various other handouts to Castro) is greater than the total sum of $3-5 billion in yearly subsidies that Castro received from the Soviet Union prior to 1991.

In 2009, Cuban economist Carmelo Mesa Lago had already corroborated that: “Venezuela’s subsidy is higher in nominal terms than any historical subsidy provided by the Soviet Union to Cuba.”

It is practically impossible for the Castro regime to overcome its serial dependency — unless it fundamentally alters its political and economic system.

Yet, unfortunately, Castro is also a serial monopolist.

So it’s laughable when “experts” argue that Castro’s “new” (yet same as “old”) foreign investment law will help wean Cuba off its dependency.

For example, this quote in Reuters by long-time Castro friend and apologist, Kirby Jones, who pushed back on the widespread (and well-founded) skepticism regarding the “new” law arguing that:

“[Cuba’s] still a place to do business. Ask the Brazilians. They just put $800 million in there.”

Sorry, Kirby — but that too was a subsidy (from Brazil’s government).

Note of caution to Brazil: Subsidies are never a good investment. Even worse in the case of Cuba, where history has shown how countries that subsidize Castro tend to implode economically.