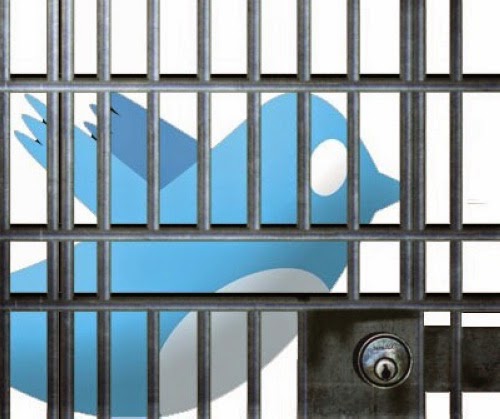 “We’ll eradicate Twitter. I don’t care what the international community says. Everyone will witness the power of the Turkish Republic,” said Prime Minister Recep Tayyip Erdogan.

Needless to say, this arbitrary decision was met with widespread condemnation as an affront to human rights and freedom of expression.

This morning, the AP even touted how: “Many tech-savvy users… found ways to circumvent the ban on both Twitter and YouTube.”

Yet, simultaneously, the AP releases a “big story” sensationalizing a tech-savvy effort that sought to circumvent the Castro dictatorship’s ban on Twitter by creating a site (called “ZunZuneo” — slang for hummingbirds tweet) that would allow Cubans to independently communicate with each other.

Circumventing censorship for Turks is good.  Bad for Cubans.

We’re just using Turkey as an example due to recent events there, but it would be hard to imagine the AP sensationalize similar efforts — including those supported by the U.S. government — in Syria, Iran, Belarus or North Korea.

And “breaking news” — there are surely similar efforts taking place there as well.

Not surprisingly, this story was written by the same team of AP reporters who in 2012 sought to portray American development worker, Alan Gross, unjustly imprisoned by the Castro regime since 2009, as some sort of “spy” conducting “covert” activities.

And, of course, the AP relies (once again) almost exclusively on the insights of former CIA analyst Fulton Armstrong.

Armstrong has long history of internally working against U.S. policy towards Cuba. During his time at the CIA, Armstrong authored, together with his former colleague at the Defense Intelligence Agency, Ana Belen Montes, an oft-cited 1998 report that argued that Cuba no longer posed a security threat to the United States. Ironically, just three years later (in 2001), Montes was identified as a Cuban spy, arrested, convicted and is now serving a 25-year term in a federal prison.

He has fervently opposed any endeavor that promotes freedom for the Cuban people, whether its USAID’s democracy programs, Radio and TV Marti, or a simple Senate resolution calling for the release of political prisoners.  If the Castro regime dislikes it, so does Fulton Armstrong.

Thus, it’s not surprising that Armstrong would be so hostile to efforts that provide Twitter use for Cubans or the creation of an alternative social media site that would allow Cubans to inter-connect independent of the Castro regime.

Perhaps for its next “big story”, the AP could investigate why the Castro regime is so afraid to allow the Cuban people to freely access Twitter and independent social media sites.

Or, even better, why the Castro regime won’t allow the Cuban people to freely access the Internet.

For everywhere else in the world, it’s considered an affront to human rights and freedom of expression.

1 thought on “The AP on internet freedom in Cuba: Twitter for me but not for thee”