A U.S. plan to help Cubans communicate should be applauded

HUMAN RIGHTS Watch’s 2014 annual report paints a somber picture of political life in Cuba. “The Cuban government continues to repress individuals and groups who criticize the government or call for basic human rights,” the report notes. “The government controls all media outlets in Cuba and tightly restricts access to outside information, severely limiting the right to freedom of expression. Only a tiny fraction of Cubans are able to read independent websites and blogs because of the high cost of and limited access to the Internet.”

It is worse than scandalous that Cuba’s 11?million people are still trapped under these conditions some 55 years after Fidel and Raul Castro came to power on a promise of national liberation. Yet a recent story in the U.S. press and comments by certain U.S. politicians about it imply that Americans should be terribly upset about the Obama administration’s efforts to relieve the Cuban nightmare.

We refer to an Associated Press investigation into a short-lived U.S. program to set up an uncensored text-messaging service for the island, using the Castro regime’s own state-owned cellphone network. The service, constructed via a series of shell companies designed to conceal its U.S. connection, enabled 40,000 Cubans, mostly tech-savvy young people, to communicate with one another. Funding ran out in 2012.

The AP story called this “a secret plan” “aimed at undermining Cuba’s communist government,” as if there were something scandalous about undermining tyranny — and as if there were some readily available non-secret means of doing so. Sen. Patrick J. Leahy (D-Vt.), pronounced the program “dumb, dumb, dumb” and said he may bring it up at a hearing scheduled before his subcomittee this week.

Mr. Leahy and other critics may have a point, insofar as they object to the fact that the administration operated the Cuba program under the auspices of the U.S. Agency for International Development (USAID), an institution ill-suited for such a politically sensitive operation. A case in point is the 2009 capture and imprisonment of USAID contract employee Alan Gross, whom Cuban state security agents snared while he was delivering communications equipment to Cuba’s Jewish community.

It’s one thing to question the administration’s methods in Cuba and quite another to trash its goals. The messaging service, known as Zun Zuneo, strikes us as similar in intent to U.S. government and nongovernmental aid to civil society in the Soviet bloc — including, notably, the AFL-CIO’s communications support for the Solidarity network in Poland. Sen. Leahy mocked the Cuba program, which took place on Hillary Clinton’s watch at the State Department, as a vestige of the “Eisenhower” era. Actually, it’s an updating of the United States’ admirable past efforts to pierce the Iron Curtain, and a rather innovative one at that. USAID pronounced itself “proud” of trying to help Cubans “speak freely among themselves,” and it should be — even if someone else probably should have gotten the assignment.

If anyone’s stuck in the past, it’s the Castros, who insist on a level of political control that has gone out of style everywhere except Havana and Pyongyang. Critics of the ZunZuneo program should spare some outrage for them. 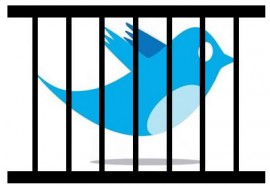 2 thoughts on “WaPo: A U.S. plan to help Cubans communicate should be applauded”