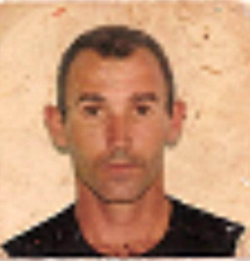 The Castro dictatorship is at war with political prisoner Vladimir Morera. In its latest move to turn up the pressure, guards on Friday severely beat Morera and tied him to a hospital bed for having the gall to demand that he be allowed to meet with his family.

In November, Morera, an independent trade unionist, was sentenced to 8 years in prison on trumped-up charges of public disorder, assault, “disrespect” and “injuries,” after reacted to a Castroite mob’s “act of repudiation” at the home of a fellow activist.

In early January, Morera started a hunger strike to demand his freedom.

On March 20, Morera, who had been hospitalized a couple weeks earlier, ended his hunger strike after 68 days after officials told him it would help resolve the situation.

As is typical for most of what the regime says, that was a lie and six days later, Morera resumed his hunger strike.

And on Friday, guards at the Arnaldo Milián Castro military hospital in Villa Clara attacked Morea after he demanded a visit with his family, a consultation with a doctor and a telephone so he could call his relatives.