A joint statement via Notes from the Cuban Exile Quarter: 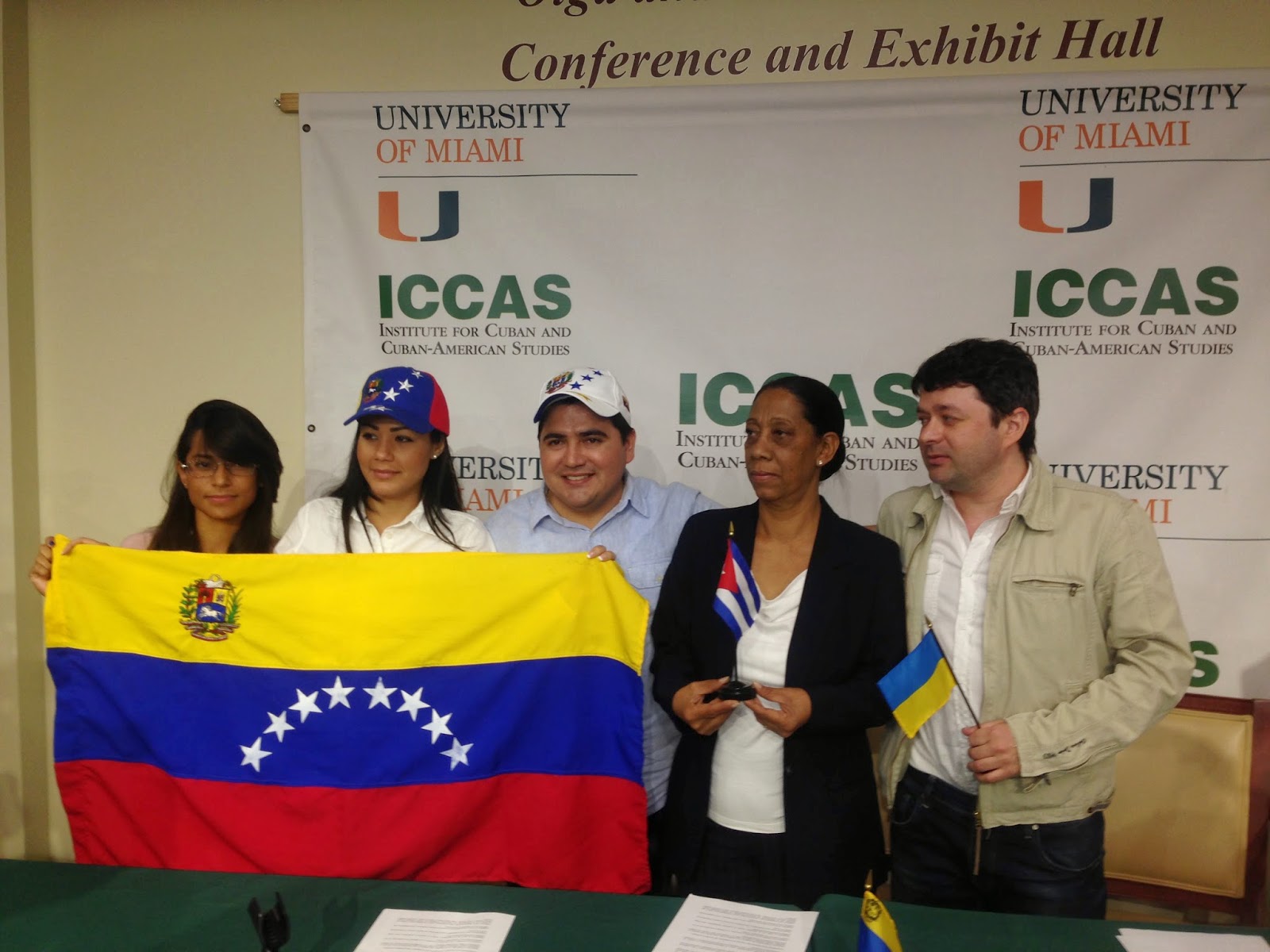 JOINT STATEMENT FOR FREEDOM AND DEMOCRACY

We members of the nonviolent resistance in Cuba, Venezuela and Ukraine recognizing that:

Over the past 42 years the overwhelming majority of democratic transitions were the result of democratic civil society organizations utilizing civic action and other forms of civil resistance, such as strikes, boycotts, civil disobedience, and mass protests;

Ours is a struggle for fundamental freedoms recognized the world over: the freedom to dissent; freedom of speech; freedom of association; freedom to protest peacefully; and freedom to elect our leaders in free and fair multiparty elections;

Anti-Democratic regimes are sharing experiences and worse practices to combat nonviolent civic movements and hang on to power;

Dictatorships are collaborating internationally and through international institutions to undermine human rights and democratic norms.

We condemn the occupation of Ukraine by the neo-Soviet regime in Russia.

We call on civil society in the regimes that support aggression against Ukraine to join forces and help achieve freedom.
We demand respect for human rights and the unconditional release of political prisoners in Venezuela and Cuba.

We demand an end to repression against Venezuelan youth who peacefully demand freedom and justice.

We demand an end to repression and torture practices against civic resistance in Cuba.

We demand an end to the presence and action of military and intelligence forces of the Havana regime in Venezuela.