This is simply too rich. Raul Castro, the self-appointed single and all-powerful dictator of Cuba who like his brother Fidel before him was never elected leader, let alone sole ruler of Cuba; who’s  so-called revolution allows only one political party; one political ideology; one unelected supreme leader; demands one way of thinking; perpetuates one owner (the Castro family) of everything on the island; turns out is an enemy “unanimity.”

In a speech yesterday where the dictator praised the extremely mild criticisms (more like meek suggestions) leveled at his “reforms” by hand-picked “officials” of Cuba’s communist National Congress, the Cuban dictator let loose this gem (via Café Fuerte – my translation): 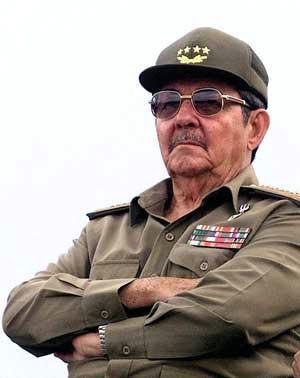 “It is very good that they have expressed their opinions, although I do not agree with some of their criticisms. But I respect those who disagree. I am an enemy of absolute unanimity.”