“Today, we citizens went out massively and peacefully into the street in Caracas to once more find a brutal regime crackdown.” – Maria Corina Machado, April 12, 2014 over twitter

Sixty Days later and Venezuelans by the tens of thousands are out in the streets marching on April12, 2014 for the future that they want. The march was organized by the student movement. What sparked these protests that have gone on for two months: violence and insecurity in Venezuelan society and the government’s response which has involved shooting and torturing students. 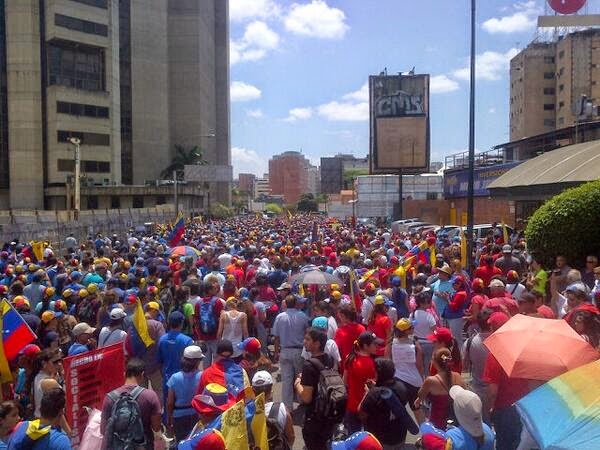 Remembering Day 1:
On February 12, 2014 a national youth day in Venezuela student protesters were shot in the head and killed by government agents. Robert Redman, Neyder Arellano Sierra and Bassil Alejandro Da Costa were all extra-judicially executed by collectives and officials of the Bolivarian Intelligence Service (Sebin) in an effort, apparently to use terror, to shutdown the nonviolent student marches. Others were tortured and one of the young detainees was raped with an assault rifle. The death toll now in the political protests is above 40 and scores of Venezuelan students have been detained and some disappeared.