Andres Oppenheimer in The Miami Herald: 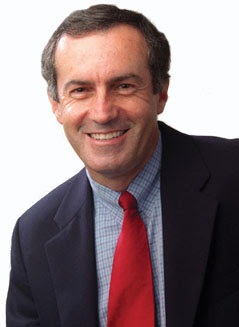 A new report on press freedoms worldwide contains a chilling figure: Only 2 percent of Latin Americans live in countries with a free press. But I wonder whether the report paints an accurate picture of what’s going on in the region.

Before we get into that, let’s look at the main conclusions of the “Freedom of the Press 2014: A global survey of media independence” report by Freedom House, one of the oldest and most influential human rights advocacy groups in Washington, D.C.

According to the report, global press freedom has fallen to its lowest level in more than a decade, mainly because of a major regression in Egypt, Libya and Jordan, and less dramatic but significant setbacks throughout the world.

Even in the United States, one of the few countries in the Americas that Freedom House still classifies as “Free,” there has been a shift for the worse. Government snooping practices revealed by former contractor Edward Snowden and the targeted surveillance of the phones of Associated Press journalists are serious reasons for concern, the report says.

Among Latin America’s “Partly Free” countries, Chile ranks 31st, only one position away from the group rated as “Free,” Peru ranks 44th and Panama 50th. Brazil ranks 45th, because of attacks on journalists, legal actions against bloggers and government actions to remove content from Internet companies, and Argentina, ranked 51st, remains “a country of concern” in part because of the government’s ongoing verbal attacks on critical journalists.

Among the Latin American countries rated “Not Free” are Ecuador (62), where the government passed laws to silence the media, and Honduras (64) and Mexico (61), where drug trafficking and organized crime violence is keeping much of the media muzzled, the report says.

Further along the list, indicating that they are even less free, are Venezuela (78), where the government has bought the last remaining critical media outlets, such as the Globovisión, through government cronies, and Cuba (90), one of the world’s most repressive countries, it says.