When you think about it, you really can’t blame Charlie Crist. He will probably receive a warmer welcome in Havana from the Castro dictatorship and raise a lot more campaign money there than he ever will in South Florida.

And don’t miss Ana Navarro’s reaction at the very end of the article snippet below. 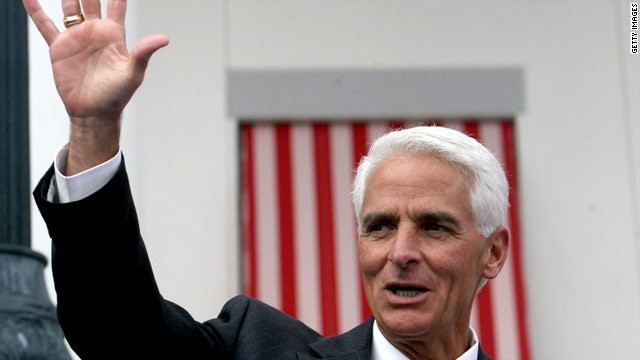 (CNN) – Charlie Crist’s bid to return to the Florida governor’s office in Tallahassee may take him through Havana.

The former Republican governor of Florida, now running as a Democrat for his old office, is considering a trip to Cuba this summer, according to his campaign. Such a visit to the communist island nation, which is Florida’s neighbor to the south, would have been unheard of by a statewide politician a few years ago.

Crist’s campaign says the former governor wants to visit Cuba to learn more about the country. In February Crist announced his support for lifting the longtime U.S. trade embargo against Cuba, a policy shift indicative of how far the former Republican has moved since switching parties.

“The embargo has done nothing in fifty years to change the regime in Cuba or end the suffering of the Cuban people. Governor Crist is exploring every opportunity to help bring economic freedom and democracy to the people of Cuba,” said Crist campaign spokesman Kevin Cate.

Recent polling in the Sunshine State indicates majority support for lifting the embargo, even among the state’s sizable and influential Cuban-American community.

“I think it’s smart for Crist to be exploring a trip to Cuba. Majorities of Floridians including Cuban Americans want to move towards normalizing ties with the island nation. Younger Cuban Americans who are outnumbering their older counterparts in voting, don’t have the same visceral reaction their grandparents had to opening ties with their native country,” said Democratic strategist Maria Cardona, a CNN contributor.

But that opinion’s not shared by Republican strategist Ana Navarro, who is very critical of Crist.

“Nothing surprises me from the silver-haired chameleon. Charlie Crist has run with three different party affiliations in the last four years in Florida,” said the CNN contributor, who is a veteran of numerous campaigns in Florida. “Maybe he comes back from Cuba as a member of a fourth party, the Communists.”