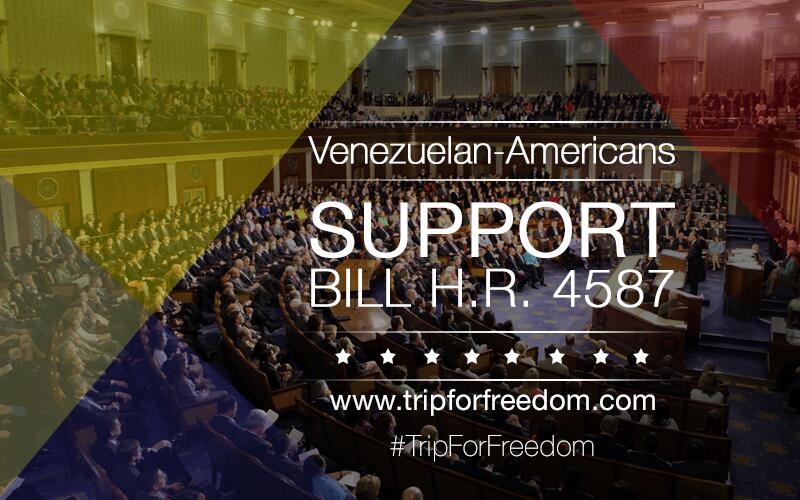 “The House Foreign Affairs Committee has acted this morning in one bipartisan voice condemning the human rights violations occurring in Venezuela.”

(WASHINGTON) – U.S. Rep. Ileana Ros-Lehtinen (R-FL), Chairman of the Middle East and North Africa Subcommittee, made the following statement at a House Foreign Affairs Committee markup in which the Committee overwhelmingly voted in favor of sanctioning Maduro regime officials responsible for human rights violations in Venezuela. Statement by Ros-Lehtinen:

“The House Foreign Affairs Committee has acted this morning in one bipartisan voice condemning the human rights violations occurring in Venezuela. Passage of my bill, H.R. 4587 – the Venezuela Human Rights and Democracy Protection Act – from the committee sends a strong message to Maduro that the United States Congress is well aware of the ongoing abuses perpetuated by his regime, and that they will not go unpunished. I thank my colleagues on the committee for supporting the legislation and I will continue my unwavering support of the people of Venezuela in their quest for freedom, democracy, and respect for human rights.”

At the hearing, Rep. Ros-Lehtinen made the following statement as well:

Thank you, Mr. Chairman and Ranking Member Engel, for working with my office and Mr. Salmon and Mr. Sires’s offices to bring this bill to mark up this morning.

I’d like to recognize many Venezuelan-Americans that have made the long trip from New York, Michigan, Chicago, and Miami to Washington, DC to be with us today, and also Maria Conchita Alonso. Thank you for being here.

For three months now, the Maduro regime in Venezuela has committed grave human rights violations as it seeks to muzzle students who are peaceful and the Venezuelan people who are calling for the respect of human rights and democracy to really take hold in this country.

There have been: Over 40 people killed; nearly 60 reported cases of torture; more than 2,000 people unjustly detained; and hundreds more injured.

Let’s look at what has just happened this week: 250 teenage protesters, ones who had camped out in public squares to protest, were rounded up at 3 in the morning yesterday; the Venezuelan Intelligence agency, SEBIN, picked up and has put in detention Rodrigo Diamanti, the leader of a NGO called Un Mundo Sin Mordaza; censorship continues as yet another prominent independent radio program was pulled off the airwaves; newspapers like El Universal are saying they have about two weeks left of newsprint because the government has put many challenges in their way to provide information to the people of Venezuela. And lastly, opposition leader Leopoldo Lopez was supposed to have his day in court yesterday and all of a sudden, his hearing was simply postponed without reason, without discussion, no explanation, simply cancelled. All of this happened just this week.

Even with all this repression, we must recognize the students and student unions on several of the campuses in Venezuela for continuing to show bravery and courage to fight for democracy and freedom of expression. Some opponents of this legislation have claimed that we must give peace a chance regarding the UNASUR talks. First – the violence is on the government’s side, not the students!

The UNASUR team is not honest brokers and they are in the pockets of Maduro. And to date, after several rounds of so-called negotiations, the talks have yielded no results. It is not the U.S. that is derailing the peace process. Venezuelan leader Maduro and his goons are the ones derailing the process because they have the weapons and their allies, like the ‘colectivos’, are using them against the people, the unarmed, peaceful protesters.

Other opponents believe that we should wait and see what the peace process can resolve. Well, I ask, when is it a good time? How many more people have to be innocently killed for the “time” to be right?  It will never be right – Maduro is the one perpetrating the violence.

Another topic that I would like to clear up is the authorization of funds in the bill. This is not new money. We already direct $5 million to civil society programs in Venezuela so the bill just ensures that we do not fall below that number and we do not preclude assistance for democracy and human rights issues either.

I commend our committee, Chairman Royce, Ranking Member Engel, Mr. Salmon, and Mr. Sires, for shining a light on the atrocities being committed in Venezuela. The Venezuelan people are counting on your support. I urge my colleagues to support the bill. Thank you Mr. Chairman.