The Council of the Americas’ Derelict Cuba Letter 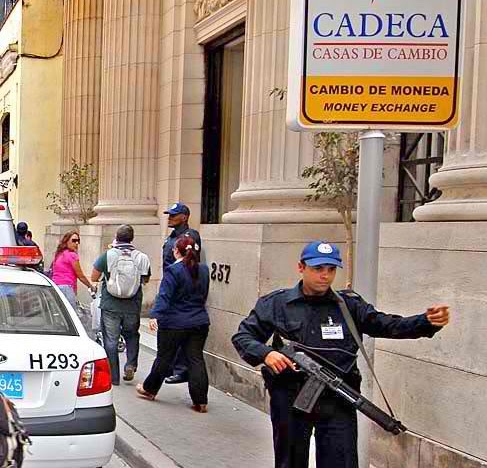 This morning, the Council of the Americas released an open letter to President Obama lobbying him to bypass Congress in easing travel and financial sanctions towards Cuba.

A few observations regarding this letter:

1. Policy is not made in a vacuum. It’s mind-boggling how this letter purposefully ignores major issues in Cuba policy, including the Castro regime’s three-fold rise in political arrests during the last couple of years; its illegal weapons smuggling to North Korea; its subversion of democracy in Venezuela; and its taking of an American hostage to extort the U.S.

2. U.S. policy toward Cuba was specifically codified into law by the Congress. Yet, this letter is asking the Obama Administration to ease sanctions toward the Castro dictatorship by circumventing the rule of law.

4. It ignores a basic historic premise.  History has proven that the Castro regime only eases economic control when forced to, not as a “good-will” measure. That’s what happened in the 1990s, when it was forced to create “self-employment licenses” as a result of the collapse of the Soviet Union, but then reverted and pulled the licenses once the Cuban economy stabilized — courtesy of Chavez’s oil in 1998 and the Clinton Administration’s easing of sanctions in 1999-2000. This letter is (once again) reacting to Castro’s bait.

5. There’s an easier, legal and less costly alternative. The Obama Administration doesn’t have to circumvent U.S. law to help “independent entrepreneurs” in Cuba. Rather than opening a financial spigot for the Castro regime, simply require all current U.S. travelers to stay at “casa particulares” and “paladares” — “self-employed licensees” who rent rooms and host diners at their homes — during their visits to Cuba. Currently, every single U.S. “people-to-people” traveler stays at a Cuban military-owned 4 and 5 star hotel and dines at its restaurants.  Thus, the biggest financial beneficiary of current U.S. travel to Cuba is the Castro regime’s tourism conglomerates. Let’s change this twisted dynamic. Click here for more on this alternative.