After almost fifty years of mix ups and the Kafkaesque bureaucracy of the U.S. government, Cuban exile Mario Hernandez is finally a U.S. citizen.

Via the New York Times:

Man Who Thought He Was a Citizen Makes It Official 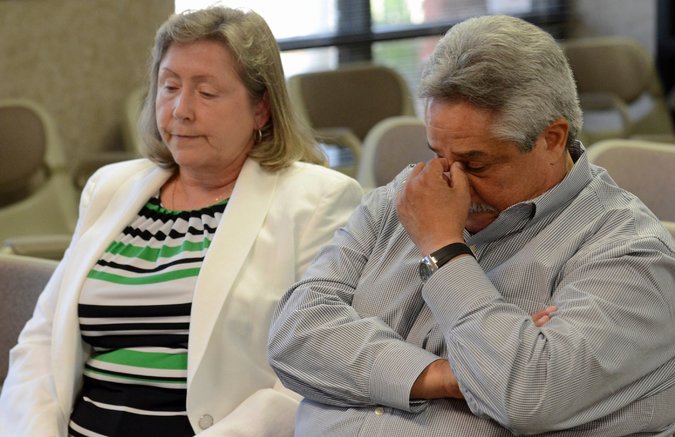 MIAMI — Nearly 50 years after he arrived here from Cuba, Mario Hernandez, a former federal employee and an Army veteran who for decades thought he was a United States citizen, and was never told otherwise, finally became one on Wednesday.

At a field office in Jacksonville, Fla., Mr. Hernandez, 58, with his wife and lawyer present, clutched his naturalization document after being sworn in as an American.

“I feel like jumping and hollering,” he said. “I was given an opportunity almost 50 years ago, and today I have almost the same feeling. I feel vindicated.”

In March, the United States Citizenship and Immigration Services denied his case, even though Mr. Hernandez was entitled to citizenship because he had served during the Vietnam War era.

In a statement, Chris Bentley, a spokesman for the immigration agency, said it apologized for handling Mr. Hernandez’s application as a regular naturalization case rather than a military one.

“As soon as this error was brought to our attention, we immediately reopened the case,” Mr. Bentley said, “and this morning, after a thorough review of the case with Mr. Hernandez, we were able to approve his naturalization application.”

It turns out that Mr. Hernandez, despite having voted in every major election since Jimmy Carter’s in 1976 and working for two state agencies and two federal agencies, including as a longtime supervisor for the Bureau of Prisons, was not even a United States resident. Several federal background checks never turned up his immigration status.

A Cuban refugee who arrived here as a child, Mr. Hernandez was given open-ended parole, which allowed him to live and work in the United States but did not make him a resident. He said he had assumed that his parents filed the paperwork to make him a resident and a citizen. When he enlisted in the Army in 1975, Mr. Hernandez said he was given what he thought was a citizenship oath. But when he recently retired and decided to take a cruise, he could not find any trace of the naturalization papers he needed to get a passport.