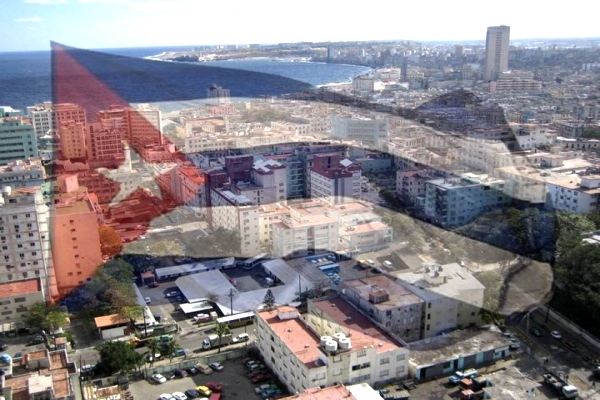 HAVANA, Cuba.12 years ago I read a beautiful article by poet and writer Rafael Alcides in honor of the Republic’s centennial. He titled it “The Sleeping Princess”, a metaphor enfolding the yearnings of many Cubans who prefer to believe that our Republic, with so much sacrifice of several generations of nineteenth century Cubans as its price, is not dead, but reposes, mired in a long and deep sleep from which on day it will awaken with a kiss of love.

Since then, every May 20th, I evoke the poet’s work, full of hope and wondering how much long longer the expected kiss, which will return the Princess Republic to us, will take. Her lethargy has gone on for too long, her absence is devastating.

Cubans in their seventies or older may remember May 20th as a national holiday when people celebrated the birth of the Republic with spontaneous joy each year. All of Cuba would dress up in flags, and there was celebration throughout towns and cities, because on May 20th, 1902, the American flag was taken down from the official poles, and, for the first time in history, our banner waved on its own.

But, just as in the fairy tale, our Princess-Republic also received a curse. The Witch-Revolution that took over power in 1959 was determined to rewrite the Island’s history under a new paradigm, to be followed by all Cubans henceforth. The olive green dogma, dictated from the military power oligarchy, devoted itself to mock the Republican past with unequivocal viciousness.

Since then, the autocracy indoctrinated us in denial: before January 1959, we had not had a Republic, instead –by Revolutionary-Sacred Word inflation- the period between 1902 and 1959 had been a pseudo-Republic or, preferably, a “mediated republic”, subordinated to the US and to the interest of foreign capital that embezzled the national treasure and stripped Cubans of their legitimate sovereign rights. A discourse that, paradoxically, sounds ever more like the current reality.

After half a century of “Republic” indoctrination and “revolutionary” plunder, Cuba retains just the name, which only appears in certain documents with official seals and the awful bills of a paper currency which -unlike those that circulated during the brief Republican democracy in the first half of the Twentieth Century- have no value. Thanks to the “mediated revolution” which was only a means for a military caste to assume absolute power, that buries all vestiges of Republican advances and snatches citizens’ rights, most Cubans on the Island have forgotten that the date for the celebration of democracy is May 20th and not January 1st .

A Judas for a false kiss

But, behold! the new reality that the regime is trying to build, in virtue of which the paradigm is, once again, foreign capital, requires a different image, more like prosperous societies which today are being summoned to the Island’s piñata. For that purpose, it is not enough to have the pseudo-legal deployment of a handful of “reforms” that confer doubtful rights to the plantation’s slaves and retain the droit de seigneur of the Castrocacy. It is necessary that the crew believes the discourse of the changes, the promises of a prosperity that (finally!) is just around the corner.

It is also important to stifle any scruples on the part of potential investors-saviors of the regime, so now we need to awaken the Princess-Republic, even if it is by force. In the first place, we need to start redrawing the past and reviewing History in order to prepare (repair) a discourse that, more than obsolete, is now uncomfortable. I’ll bet the Republic was not so bad after all, who knows that, after all is said and done, it was not all that mediated, but only a little.

Only thus can we explain how such a loyal herald to the Castros as the famous singer Silvio Rodríguez has brought us the novelty to propose in his blog “Segunda Cita” to recapture the May 20th celebration since -with all its flaws and virtues- The Republic of Cuba was born on that day. Obviously, the former rebel maverick troubadour turned bourgeois gentleman, because of his close links to power, has glimpsed from his vantage point the return of the Princess, and he wants her back, probably not covered in the tricolor banner, but in the trappings of the olive green of her masters. We will have to admit to Silvio that this ballad is indeed new, because to recover the celebration would be great in principle, but it is necessary to rescue the Republic first, which is not really Silvio’s intention, or that of the Castros.

I hope that the Princess does not confuse this Judas kiss in her slumber and stays asleep. Contrary to my own desires, which are those of many of my compatriots on all shores, I prefer she continues to sleep and wakes only with the caress that will bring with it the realization of a Republic that, so far, is a chimera: the cult of all Cubans to complete freedom.