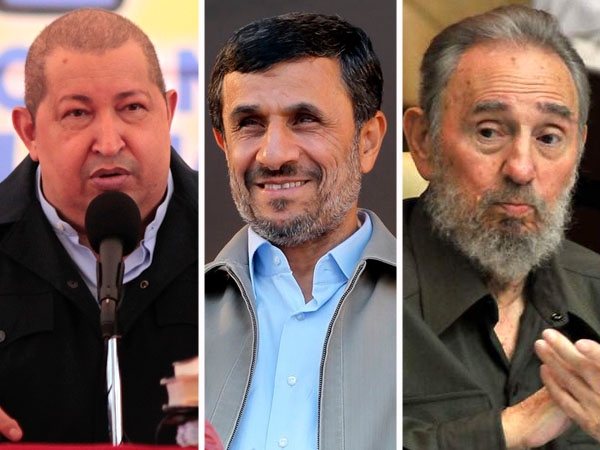 But of course, Cuba is not a state sponsor of terror. They just aid, train, and harbor international terrorists, but that doesn’t mean they sponsor terrorism.

A new report by the Washington D.C.-based, Center for a Secure Free Society, and Canada’s Institute for Social and Economic Analysis, raises new concerns about the use of Venezuela as a “bridge” to smuggle Iranian agents into North America.

– Iran is collaborating with Venezuela and Cuba to exploit the seams in the Canadian immigration system.

– From 2009 to 2011, Latin America was the largest prior embarkation region for improperly documented Iranians migrating to Canada to seek refugee status.

– Venezuelan authorities provided at least 173 passports, visas and other documentation to Islamist extremists seeking to slip unnoticed into North America.

– Soft power solidarity networks in Canada serve as a “Trojan Horse” for Iran and ALBA to establish cover for spies, saboteurs and other nefarious actors.

As regards the passports, visas and other documentation to Islamist extremists, it’s important to remember that Venezuela’s immigration system has been under Cuban control since 2004.

Cuba’s former intelligence chief, General Ramiro Valdes, and the Vice-Chancellor of its University of Information Science (UCI), Jose Lavandero Garcia, oversaw and implemented the complete overhaul of Venezuela’s passport and naturalization agency (including all of its data, software and systems), formerly known as ONIDEX.