Arturo Lopez-Levy, a former Cuban intelligence agent and member of the Castro family who now claims to be an objective and nonpartisan  American academic, usually goes to great lengths to hide his extensive ties to Cuba’s murderous dictatorship and his sympathies for the apartheid Castro regime. With the help of a news media that never seems to mention his past and current close relationship with Cuba’s government, Lopez-Levy presents himself as an unbiased academic observer of Cuba and U.S. policy towards the island. Once in a while, however, Lopez-Levy (aka Lopez-Calleja) cannot help himself or resist the temptation to shamelessly shill for Cuba’s apartheid regime.

Which brings us to our Tweet of the Day…

The Castro propaganda organization The Cuban 5, arguably a creation of Cuban intelligence directly controlled from Havana, apparently had a very special guest at one of their events who jumped at the opportunity to promote and defend the apartheid Castro dictatorship and they couldn’t wait to share his appearance with their followers on Twitter:

Arturo López-Levy "We have exhausted all the alternatives with Cuba so it's time to do the right thing" pic.twitter.com/N7W80OnNfs 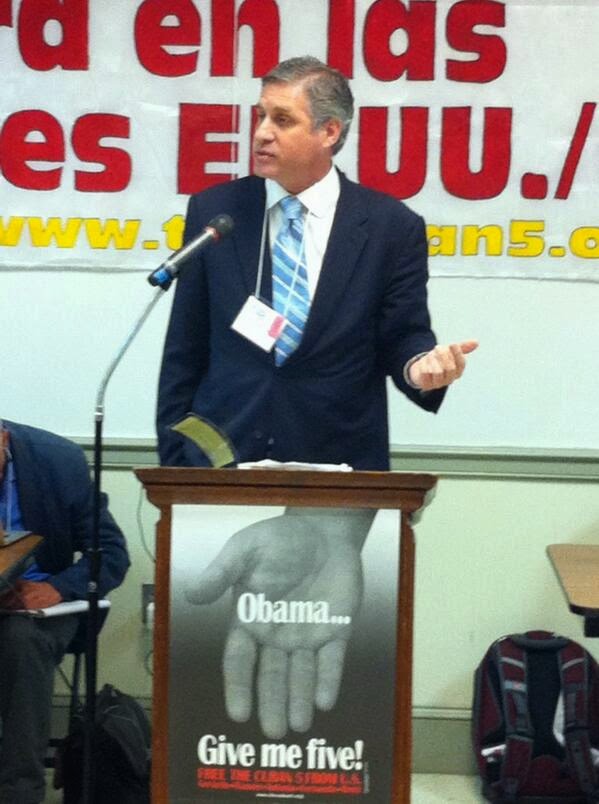