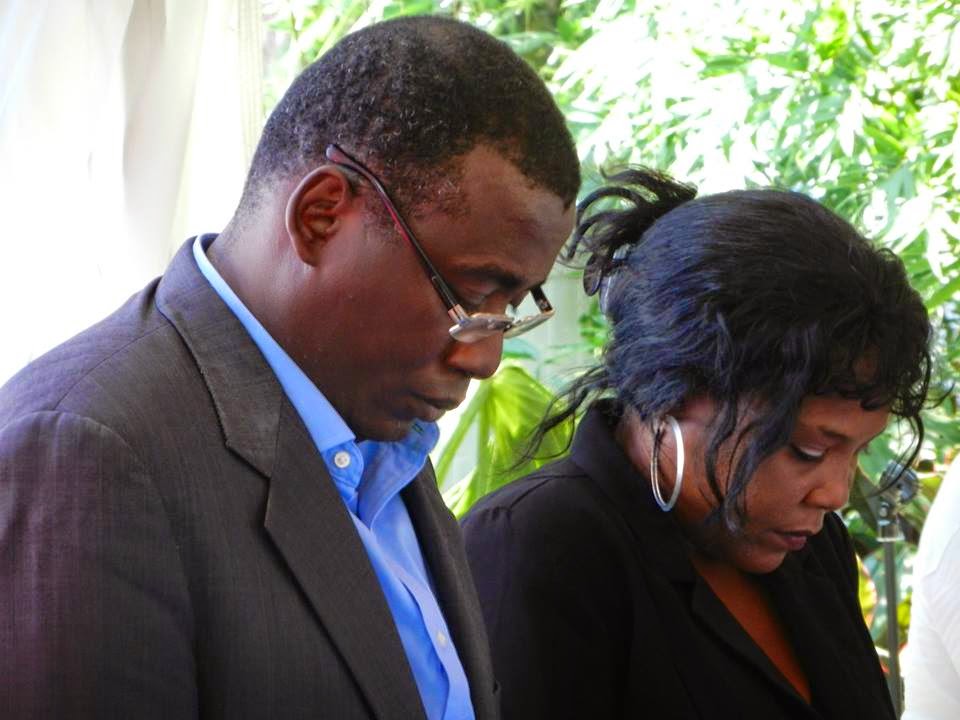 Cuban police and State Security agents were still holding dissidents Jorge Luis García Pérez and his wife Thursday, one day after they raided their home to roust them out of bed and paint over anti-Castro graffiti scrawled on the front walls.

García, known as Antúnez, and his wife, Yris Pérez Aguilera, “were taken from their beds yesterday, without a chance to put on any decent clothes or comb their hair or anything,” said Donaida Pérez, the sister of Yris.

The raiders broke down the door, searched the house and for about the 10th time in the last few years painted over the anti-government graffiti that the couple paint on the front of their home in the town of Placetas, east of Havana, Pérez added.

Among the more outspoken of Cuba’s dissidents and leaders of the National Civic Resistance Front Orlando Zapata Tamayo, García and Pérez have been detained by police dozens of times, although usually for only a few hours.

Berta Soler, leader of the dissident Ladies in White, meanwhile, said she and her husband, former political prisoner Angel Moya, were detained for 15 hours Wednesday in a police station to keep them away from a planned dissident gathering.

She was kept in an office, forced to sit in uncomfortable chairs, while Moya was held in a cell where he could rest in a bunk bed, Soler added. Police detained them as they left their Havana home at 7 a.m. and freed them at around 10 p.m.

Soler said they were detained on their way to a gathering of the Ladies in White and other dissidents who wanted to attend the trial of Fernando Ortiz, the husband of Yanelis Cutiño, a member of the women’s group who has accused him of domestic abuse.

At least 30 other Ladies in White and 15 to 20 male dissidents were detained by police and State Security agents at they approached the courthouse, Soler said. Several government supporters turned up at the trial to harass Cutiño.

“They called me a mercenary, a counterrevolutionary, whore, shameless, everything they wanted,” Cutiño was quoted as telling the Web page Diario de Cuba, based in Spain.

Ortiz was sentenced to one year of home and work restrictions. Cutiño has alleged that State Security officials had told Ortiz that he could abuse her anytime because of her activism in the dissident women’s group.