Note From the Pro-Cuba, Anti-Castro Lobby 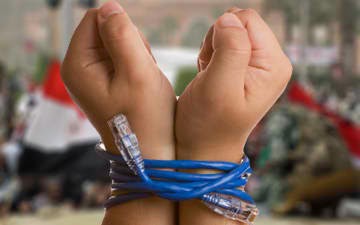 In Foreign Policy, the Council of the America‘s Chris Sabatini has written a defense of his organization’s letter (“the letter”) lobbying the Obama Administration to bypass Congress and ease sanctions towards the Castro regime.

Perhaps this is due to the overwhelming response against the letter by Cuban dissidents on the island, and by Cuban-American thought-leaders and organizations in exile.

He argues for a civilized debate on U.S. policy toward Cuba, but contradicts himself from the outset.

The title is: “The Anti-Cuba Lobby Has Jumped the Shark”

The byline reads: “By trading in denunciations, lies, and distortions — instead of a reasonable discussion about how to open Cuba — the rabid embargo lobby is starting to sound a lot like Castro himself.”

As Chris surely knows, “the anti-Cuba lobby” is the term used by the Castros to refer to their opponents in the United States.

Moreover, calling embargo supporters “rabid” is not a “reasonable” approach either.

Thus, at least practice what you preach.

It’s funny for no one receives more insults and smears than those of us who support U.S. policy towards Cuba. But we have thick-skin.

On to the merits.

Sabatini contends that critics of the letter simply don’t understand that it doesn’t seek to lift the embargo — just for a “careful tinkering” of the embargo.

Actually, we understand the letter quite well.

We understand that only Congress can lift the embargo — and that there’s strong bipartisan support for the embargo in Congress — so this is just a back-handed strategy to lobby President Obama to bypass Congress and ease some sanctions.

We understand that — with few exceptions — the signatories of the letter have long-supported lifting the embargo — not just “carefully tinkering” with it.

We understand that — with even fewer exceptions — the Cuban-American businessmen who signed the letter have rarely raised their voices for Cuba’s courageous democracy activists, and during their trips to the island have preferred to huddle with the oppressors.

We understand that the letter calls for discussions with the Castro regime on a host of issues, but specifically eludes human rights, democracy and the recognition of independent civil society groups.

As various Cuban democracy leaders, intellectuals and regular Cubans on the street have noted, we also understand that the letter is unfamiliar with (at best) or deceptive about (at worst) how the “self-employed” sector actually works.

1 thought on “Note From the Pro-Cuba, Anti-Castro Lobby”