Spies among us, and some just don’t seem to care… 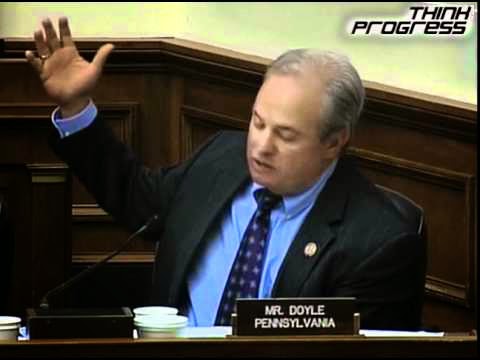 According to the Pittsburgh Post-Gazette, U.S. Rep. Mike Doyle (D-PA) invited the head of the Cuban Interests Section in Washington, D.C., Jose Cabanas, to visit Pittsburgh to discuss trade and business opportunities.

This is the same Rep. Doyle, who virulently opposed the “job-killing” trade agreements with democracies such as Peru, Colombia, Panama, Dominican Republic and Chile — but has no problem promoting trade with Castro’s dictatorship.

Moreover, this is the same Rep. Doyle, who claims to be a champion of  labor, but is seemingly unconcerned that Cuba’s entire foreign trade and investment framework is in violation of international labor law.

In his website, Rep. Doyle claims, “I believe that the United States should promote democracy and human rights around the world – and that a US policy of consistently promoting such values will benefit our country substantially in the long run.”

Except in Cuba, where he prefers to schmooze with officials from the sole totalitarian dictatorship and worst human rights violator in the Western Hemisphere.