When U.S. Rep. Joe Garcia (D-FL) was elected to represent Florida’s 26th congressional district in November of 2012, we all knew we were in store for at least two years of the clownish Garcia’s seemingly uncontrollable penchant for saying and doing the most obtuse and imbecilic things imaginable. Now that we are reaching the end of his first (and hopefully last) term in congress, no one can say Garcia did not come through as expected. In fact, he exceeded our expectations and managed to become not only the laughing stock of South Florida, but the country as well. From his infamous claim that “we’ve proved that communism works” to picking and eating his own earwax on live television, Joe Garcia has managed to expose his doltish behavior to a much larger audience and drastically increase the number of people who laugh at him. There is, however, a bright spot (if you can call it that) for Garcia; they love him in Castro’s Cuba.

In the latest issue of the magazine On Cuba, a very poorly written publication owned by Castro dictatorship supporter and U.S. business partner Hugo Cancio, Rep. Joe Garcia graces the cover and is the feature story. If you can get past the first couple of paragraphs of this incredibly badly written article, you will notice that while the entire country may be laughing at Garcia, this pro-Castro magazine thinks he is just wonderful. While gaining the support of the Castro dictatorship in Cuba and its supporters may not be of much help at the ballot box this November (but I am sure they are furiously working on a solution for that), Joe Garcia can at least take comfort in knowing that while the U.S. is laughing at him, the Castro brothers and their minions in the U.S. are courteous enough to only laugh behind his back. 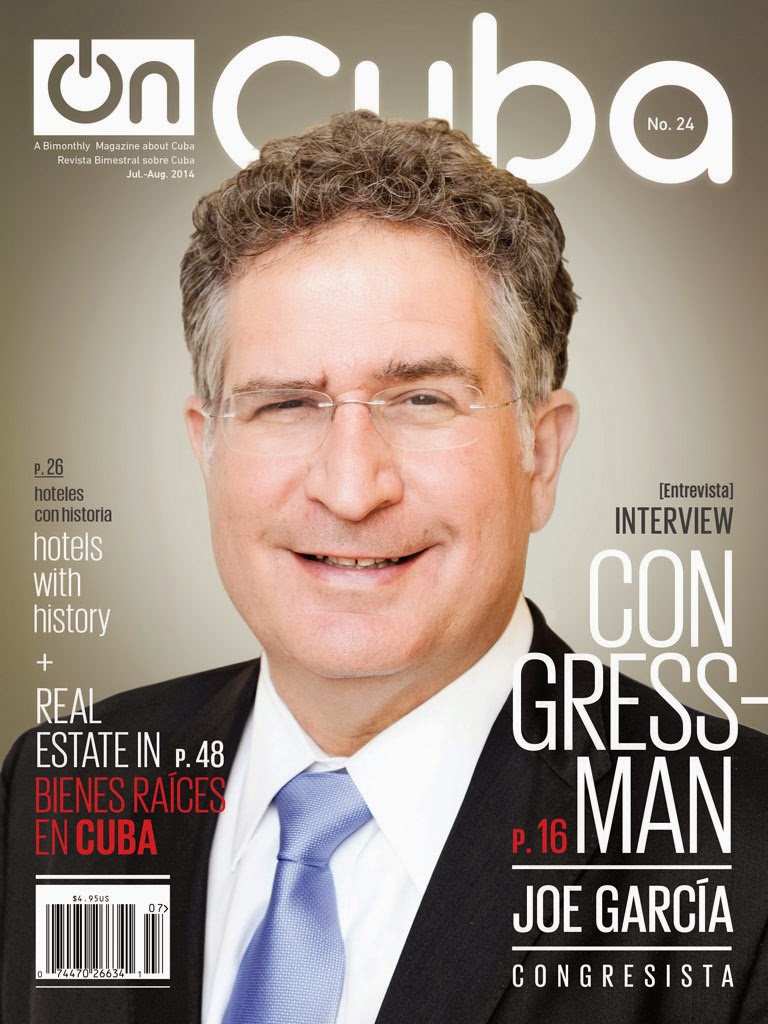