Tourism in Venezuela, uncomfortable and tacky, with the occasional glimpse of past splendors 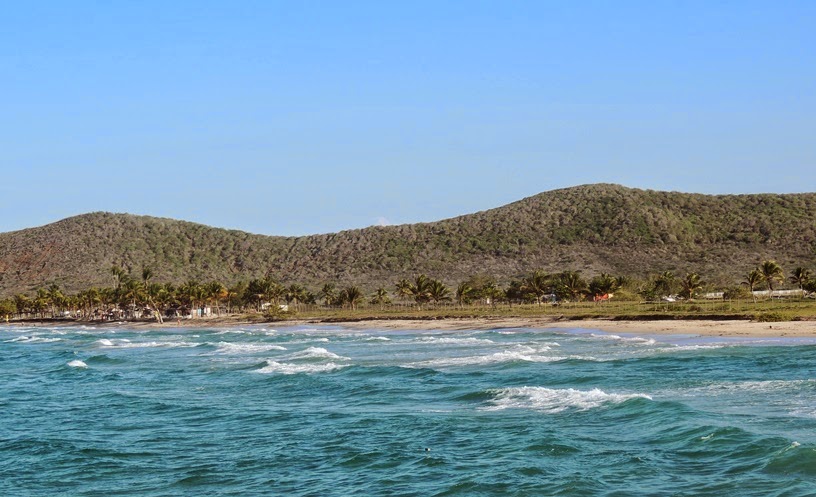 So, I decided that I had to use my resort week now because I risked not been able to use it later this year.  The S.O. being stable, work crisis being their chronic self, I left for Margarita, alone, for exercise and “me” time. A chronicle of sorts follow.
— — — — — —
The first thing is that my plane fare was cheaper than the cab ride between Caracas and its airport. I know, I use a safe taxi system which is somewhat more expensive. But even if I used an airport taxi or teletaxi , it would have been almost the same and when I add the cab fare in Margarita, I do spend 1.6 times in cab fares than air fare. That tells you about the distortions in prices in Venezuela.
— — — — — —
Amazingly my flight left on time. So used to delays that may be of 2, 3 or more hours, I had pleasantly sat down half an hour before takeoff to for lunch. But they boarded on time and I had to wrap up half of my lunch to board and finish it inside the plane. Still, for once, I have something positive to say about the national terminal at the airport: food choices were better, stores carried all the papers, opposition included which is not always the case in some airports. Too bad toilets had no water and walking in front of them, well, you knew.
— — — — — —
Margarita keeps decaying. Stores are sparsely set. The little bit you find in stores is as expensive as Caracas, with as little choice as in Caracas.  The only booze left to be found with some choices is Scotch which is basic staple for chavistas. Puerto Libre is a fading memory.
One of the pleasures of going to Margarita in the past was to get some foods that could not be found in Caracas. This is long gone. This time around I did bring food with me. That is, knowing that there is no milk in Margarita I brought powdered milk, something to heat up water and my choice of teas. And my morning cereal to have in my room. That is right, in Venezuela you are often better off, if you can, to carry with you the basics to make your own breakfast since you never know what you will find. Lunch and dinner you can manage but breakfast is dicey as there will be a lack of either coffee, milk, arepa, empanada, and often more than one of them at once.