Looks like the vaunted “reforms” taking place in Cuba are all about keeping the apartheid Castro regime in power and nothing about democracy and freedom for the Cuban people. Who woulda’ thunk it?

Via the Wall Street Journal: 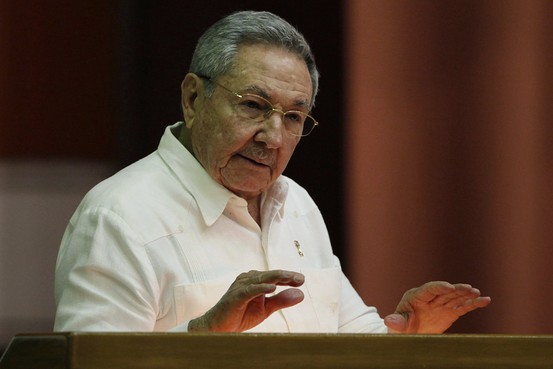 HAVANA—President Raúl Castro reiterated on Saturday that Cuba’s program of reforms will remain cautious and gradual, despite recent disappointing growth data that show the country’s struggling economy is slowing.

Days after Cuba downgraded its 2014 economic growth forecast by nearly a percentage point, Mr. Castro told parliament during the first of its twice-annual regular sessions that the reforms “have great complexity but are advancing” at the necessary pace.

“This process, to be successful, must be conducted with the appropriate gradualness and be accompanied by the permanent control of different party and government structures at all levels,” Mr. Castro said in a 25-minute speech.

“Gradualness is not a whim, much less a desire to delay the changes that we must make,” he added. “On the contrary, it is about a need to ensure order and avoid gaps that would lead us directly to mistakes that distort the proposed objectives.”

Foreign journalists weren’t allowed into the one-day session at a convention center in western Havana. His comments were broadcast later on state television.

Cuban pesos, right, pictured in March next to Cuban convertible pesos. The Communist country plans to move to a single currency, a reform many say is one of the toughest challenges in kick-starting the island’s moribund economy.

Cuba’s economy minister said at the end of June that officials were lowering their expectations for growth of gross domestic product to 1.4% for the year, from a previous forecast of 2.2% and from 2.7% recorded for last year.

Mr. Castro and other officials say the reforms don’t amount to an embrace of capitalism, but are rather an update of Cuba’s socialist model to survive in the 21st-century global economy.

Cuba has decentralized state-owned enterprises, legalized home and used car sales and let hundreds of thousands of people open or work for small businesses in the private sector.

Parliament also considered a report on Saturday from the comptroller’s office on its attempts to root out corruption. Specifics weren’t given on the nightly newscast.

Official media reported that Agriculture Minister Gustavo Rodriguez said Cuba’s food imports have reached $2 billion a year, but the government believes the island could produce 60% of that.

Cuba’s parliament typically meets twice a year, once in the summer and again in December. Lawmakers also had called an extraordinary session this past spring to approve a law that seeks to attract badly needed foreign investment.