Via The Devils Excrement: 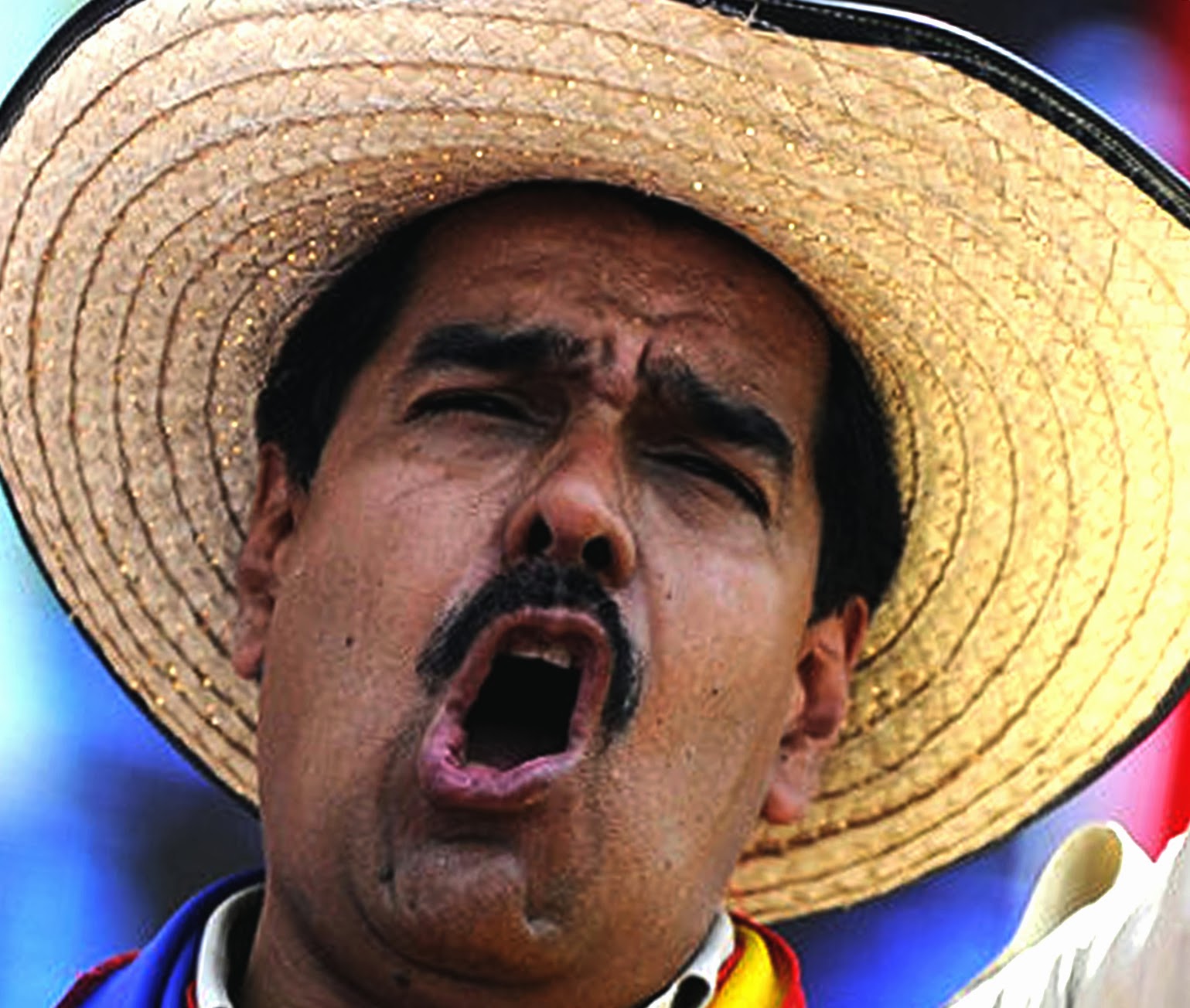 When I first began this blog, I overused hyperlinks. My reasoning was simple: Some of the things going on were so bizarre and difficult to believe, that my credibility was at stake if I did not indicate the source of what I was saying was happening.

This is no longer the case.

The way Venezuela is run, the things the country’s leaders say or implement, from the Ozone tax, to President’s that talk to birds to 20 billion dollars rip-offs (twice), by now people have become accustomed to the bizarreness of the revolution.

But somehow, the Bolivarians never cease in amazing and surprising us. It would be entertaining, if were not so painful. Which it is.

I mean, when a President announces that he will make important announcements the next day, which involve the Sacudón (Big shake up?) of the structure of the State, the “misiones” and the economic and social offensive, you expect something. You expect even more, given the current state of the economy, with inflation running at 60-plus percent per year, 5,5% per month, shortages, airlines leaving, international reserves depleted, daily protests, Government losing popularity and fiscal and monetary distortions killing economy activity.

I did have my expectations down. I know the various factions in Government differ on how to solve problems. I know there are no economists in or near the Cabinet. I know the Government worries more about losing popularity (and power) that about making things better. But I expected at least some form of vaporous announcements, half defined measures, watered down policies.

But I really did not expect a rambling Maduro announcing essentially nothing. Zip. Zilch. Nada. Niente.

First we had the nth. eulogy to our Comandante (“Our biggest difficulty is to have lost Him”), followed by a love fest. Love for all, but more particularly and more importantly, love for and to the military. Particularly, loveless Gen. Lopez Padrino, who apparently did not receive much love after his July 5th. speech, where he pledged allegiance to Chavismo above all. Lopez Padrino, according to Maduro, is supposed to represent the “new” Venezuelan military “thinking”. It does not get more oxymoronic than that.

Subconsciously Maduro also said how much the country misses Hugo, because he has no clue, I guess, he really wishes Hugo was here. Or there.

We then got the usual blast on the capitalists, opposition, speculators, who are responsible for inflation, shortages and all of the ills of the economy. Next sentence: But the Venezuelan economy is healthy (Never mind we have the highest credit risk in the world)

So, is there a problem or not Nico?

He seems to be in no rush to fix anything.