Of course, love has many good aspects such as happiness and fulfillment. However, in the hands of humans, love can have its dark side as well, such as shameful complicity and blindness. 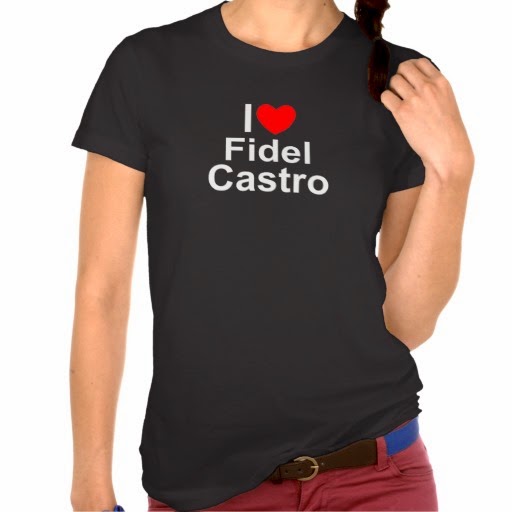 Last month, the far-left magazine The Nation, led a “people-to-people” trip to Cuba and returned enchanted by their “interlocutors” — who just happened to all be Castro regime officials.

The Nation‘s editor is New York City heiress Katrina vanden Heuvel, who recently penned a column in The Washington Post about the trip, where she unwittingly admitted all of her talking points came from senior Castro regime officials (and intelligence agents).

This week, The Nation published a report of its trip findings.

Highlighted among its findings were various “erroneous assumptions” (or as vanden Heuvel calls them, “worn out fallacies”) that their “interlocutors” claim people in the U.S. have about Cuba.

Among these “erroneous assumptions” are such gems as:

— The military is the key institution in Cuba.

— Dissent is prohibited and punished.

— Political opposition groups are the democratic alternative in Cuba.

— As long as one party remains in power, no democratization is possible.

— Most youth want to leave Cuba.

In case you feel stunned or confused in disbelief — you’re not — they seriously claim none of the above are true.

Needless to say, The Nation didn’t challenge, question or counter any of these “erroneous assumptions.”

To the contrary, it proudly seeks to “debunk some of these worn out fallacies that some Americans still believe in.”

The Nation‘s absurdity speaks for itself.

However, can the Obama Administration explain how this propaganda trip benefits the Cuban people or helps “promote their independence from Cuban authorities,” as was the President’s stated policy purpose for the “people-to-people” travel category?