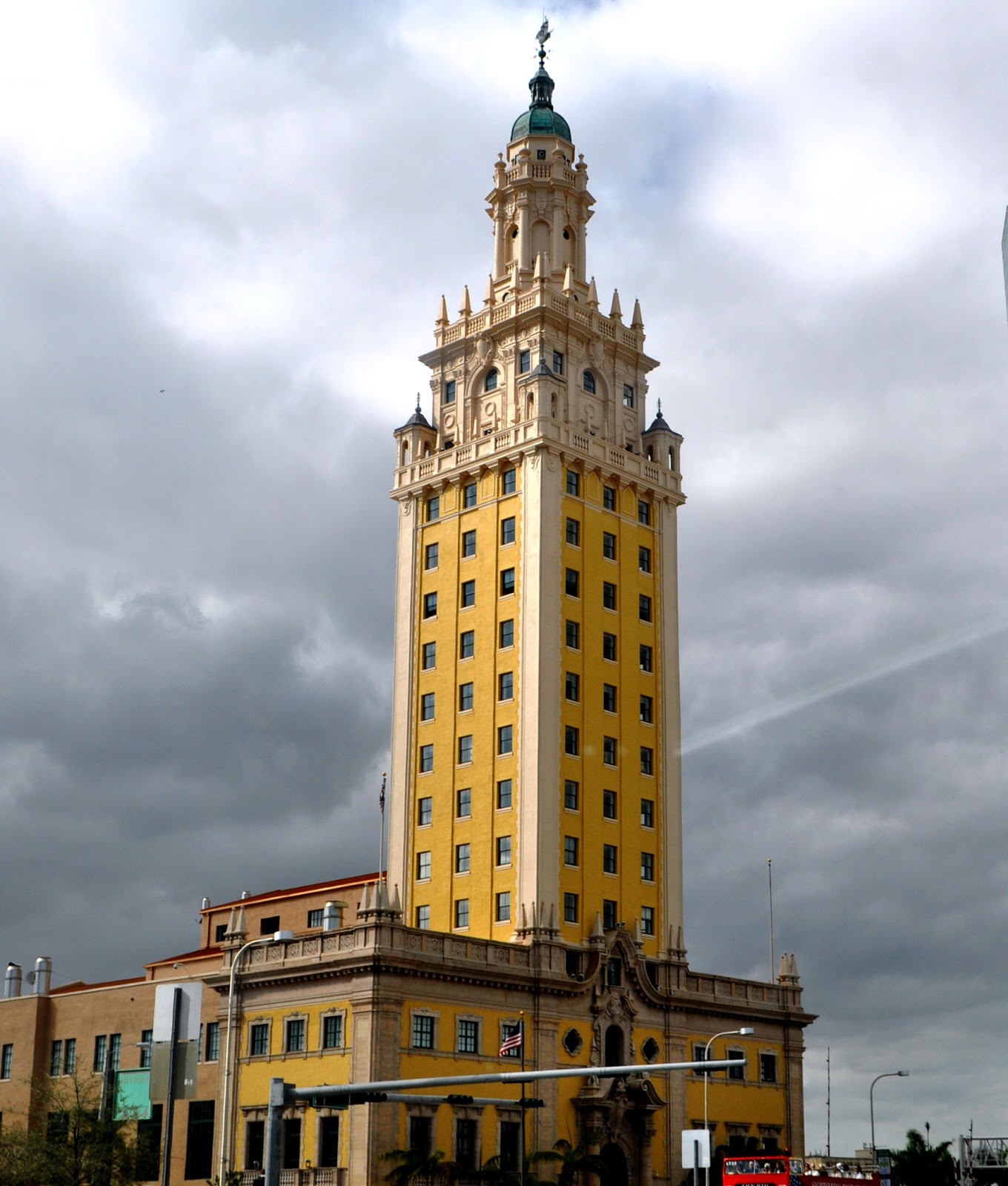 Those shirts, she explained, belonged to her father, Emilio Adán Silva, when he was a Supreme Court justice in Cuba, and they represented his life before he and 12 other justices signed a letter denouncing Fidel Castro’s government.

Those shirts, Pelegrín says, represent the sacrifice her father made for his family and express the pride she feels.

“These are not only memories but items of everyday use when Cuba existed as a nation,” Adán said. “[These shirts] were on the streets of Havana. They lived there.”

Such feelings of pride and nostalgia prevailed Saturday in the lobby of the Freedom Tower, when dozens of Cubans gathered to donate or lend objects of historic interest that document their exile experience.

More than 300 items — passports, documents, photos, clothes — will be part of an exhibit that will open at the tower in September.

The inauguration of the exhibit is a key step in the preservation of Cuban history, said Alina Interián, host of the event and executive director of Miami Dade College cultural affairs.

“We want to pay tribute to the people to whom this tower means so much,” said Interián, who also was processed at the Freedom Tower when she arrived from Cuba.

Between 1962 and 1974, Cuban refugees were processed at the tower, known as “The Refuge.” It was added to the United States National Register of Historic Places in 1979 and designated a National Historic Landmark in 2008.

The exhibit, titled “The Exile Experience: Journey to Freedom,” is a collaboration between Miami Dade College and the Miami Herald Media Company. Its objective is to document, preserve and share the history of the difficulties the exiled Cuban community went through since Fidel Castro’s rise to power.