While the Cuban dictatorship’s paid (and the unpaid useful idiot variety) propagandists launch campaigns in the U.S. portraying the murderous and criminally corrupt regime in Havana as a friend of America, the Castro mafia continues its decades-long practice of coercing and extorting elected U.S. officials. 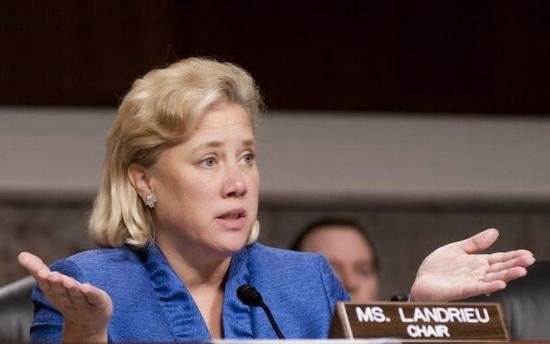 Just when it seemed the U.S. Senate’s Venezuela sanctions bill would unanimously pass before the August recess, Senator Mary Landrieu (D-Louisiana) placed a hold on the legislation.

According to the AP, Senator Landrieu, who had never previously raised any issue about the legislation, suddenly placed a last-minute hold on passage due to concern about “the negative impact” it could have on a (Venezuelan-owned) Citgo refinery in Lake Charles, Louisiana.

The bill will now have to wait until September for possible Senate consideration.

Note the Venezuela sanctions bill has nothing to do with oil. It simply sanctions Venezuelan officials involved in human rights violations.

At least 43 people have been killed and thousands arrested, including opposition leader Leopoldo Lopez, since February, when student protests erupted against Nicolas Maduro’s authoritarian behavior.

Apparently, Maduro is using the same strategy that he used against the Dutch government last week, when he threatened to sanction Royal Dutch Shell’s operations, unless Aruba released and repatriated U.S.-indicted narco-trafficker, General Hugo Carvajal.

However, unlike some European nations, one would hope a U.S. Senator wouldn’t fall for such coercion.