Cubans continue to flee the benevolent and munificent reformed dictatorship of Raul Castro.

Via Café Fuerte (my translation):

As of July, 14,000 Cubans have crossed Mexican border into U.S. this year 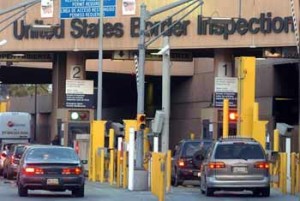 The number of Cubans arriving in the United States via the Mexican border has risen to more than 14,000 during fiscal year 2014. This figure represents an historically high number of Cubans illegally entering the country.

According to statistics provided by ICE to Café Fuerte, it shows that as of July 21st, a total of 20,522 individuals with Cuban nationality arrived in the U.S. through its borders. Of those, 13,911 came in through the Mexican border. These numbers indicate a significant increase in Cuban migration, although the final figures are still not taking into account the remaining two months of the fiscal year, which ends on September 30th.

1 thought on “14,000 Cubans have crossed Mexican border into U.S. this fiscal year”