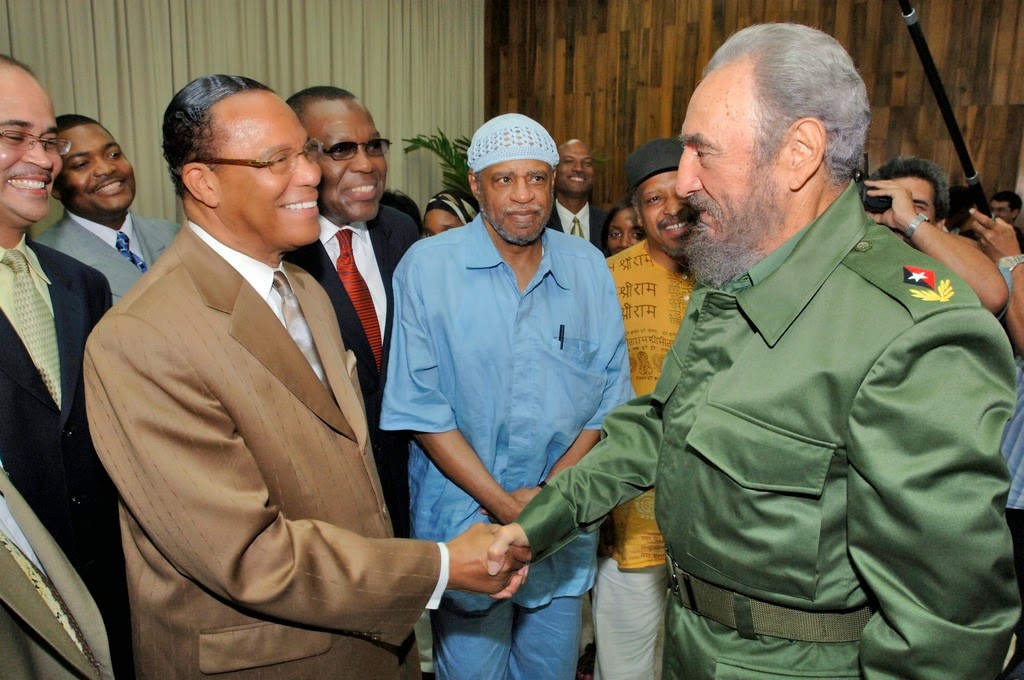 Sit back and enjoy the irony of a black supremacist who calls white people the “devil” expressing glowing admiration for Fidel Castro, the racist leader of Cuba’s white apartheid regime.

Via ACN, a state-run propaganda outlet of Cuba’s Castro dictatorship:

HAVANA, Cuba, Aug 26 (acn) The leader of The Nation of Islam, Louis Farrakhan said in Barbados that Fidel Castro made solidarity among the peoples the reason of his existence.

The leader of the US religious movement made his statement during a meeting with Barbadian activists, attended by Cuban ambassador Lissette Perez, according to the island’s Foreign Ministry.

Farrakhan referred to Fidel’s initiative to train doctors for Third World nations as a contribution to world supportive practice and he noted that the idea that the return of those doctors to their own communities to assist their people changed the mindset about the concept of giving assistance to those in need.

He also recalled his visits to Cuba and his meetings with Fidel, especially in 2002 when he met with Army General Raul Castro and corroborated the efforts of the Cuban people in the areas of healthcare, education and urban agriculture.