Via The Global Dispatch: 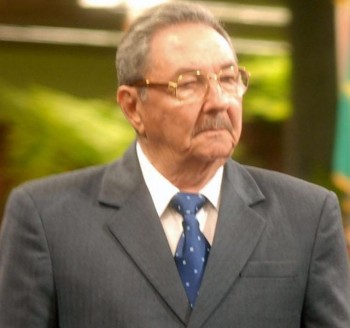 Cuba is drawing ire from religious freedom watchdogs as the communist regime is oppressing Christian institutions and reports are escalating human rights violations over the past few months.

According to a new report from Christian Solidarity Worldwide this week, from January to mid-July of 2014, there were “170 religious freedom violations” including government authorities beating pastors and lay workers, dragging politically dissident women away from Sunday services, and enforcing arbitrary detentions, church closures, and demolitions.

The CSW report contrasts this with the total 180 incidents documented for the entire 2013 calendar year.

“It does seem like the government is paying more attention to the churches and making much of a concerted effort to control religious expression in Cuba,” Todd Nettleton, with Voice of the Martyrs said.

Nettleton suggested President Raul Castro could be more hostile to Christianity than his brother, or more aware of it. The government might also be looking at the church and sensing a need to assert control.

While the official stance from the Cuba government is that the “The State recognizes, respects, and guarantees religious liberty” but these freedoms are ignored if officials feel the behavior conflicts with communism.