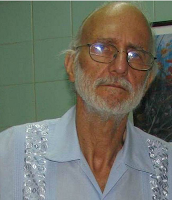 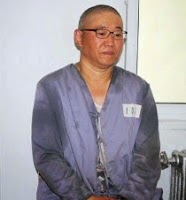 We all know about the coordinated efforts by the Cuban and North Korean regimes in illegal arms trafficking.

Yet, it’s fascinating how the Cuban and North Korean regimes also use the same hostage-taking tactics, extortion and pressure points.

Just last week, the Castro regime paraded Cuban spy, Fernando Gonzalez, to the AP in Havana to stress its ransom demand for the hostage-taking of development worker, Alan Gross.

Gonzalez reiterated that Gross’ release would be “difficult” without the release of three Cuban spies duly convicted in the United States.

Note the other parallels in the story below.

Three Americans who have been detained in North Korea appealed today to the U.S. to send a senior representative to secure their release.

In interviews with CNN and The Associated Press, Kenneth Bae, Jeffrey Fowle and Matthew Miller detailed the conditions of their imprisonment and urged a quick resolution of their situations.

Bae, a Christian missionary, has been detained the longest. He was arrested in late 2012 and tried and convicted to 15 years of hard labor for the attempted overthrow of North Korea’s communist regime. The 46-year-old has diabetes, high blood pressure and kidney stones. He told CNN that he worked eight hours a day, six days a week at a labor camp, and that he had been suffering from “failing health.”

“I’ve been going back and forth between hospital and to the labor camp for the last year and a half,” he said.

Fowle, 56, was detained in June. At the time, North Korean media said he “acted in violation of the DPRK law, contrary to the purpose of tourism during his stay.” CNN says he is accused of leaving a Bible in a hotel where he was staying.

“Within a month I could be sharing a jail cell with Ken Bae,” Fowle told the AP.

Miller was picked up in April, arrested for what the North called “rash behavior.” He is accused of tearing up his tourist visa and seeking asylum in the North.

He told CNN he wanted to tell the U.S. “my situation is very urgent, that very soon I am going to trial, and I would directly be sent to prison.” He declined to comment on the claim that he was seeking asylum.

Fowle and Miller both said they expected their trials to start in the next month. They both said they do not know what specific charges they face. But both, along with Bae, have signed statements admitting their guilt.

Here’s more from the AP on the conditions under which the interviews were conducted:

“The three were allowed to speak briefly with The Associated Press at a meeting center in Pyongyang. North Korean officials were present during the interviews, conducted separately and in different rooms, but did not censor the questions that were asked. The three said they did not know they were going to be interviewed until immediately beforehand.“