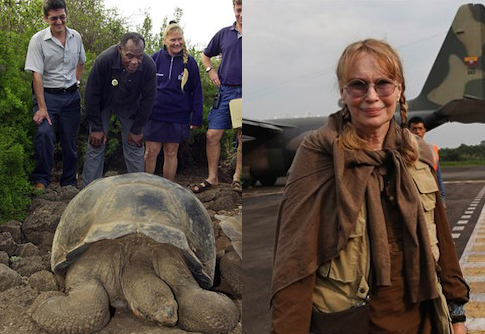 A public relations firm’s legally suspect work on behalf of the Ecuadorian government included hundreds of thousands of dollars paid to talent agencies representing prominent celebrities who traveled to the country to bemoan environmental damage there.

According to documents filed with the Justice Department last week, MCSquared paid more than half-a-million dollars to two prominent talent agencies to recruit celebrities for the events.

Those payments were part of a $6.4 million PR contract on behalf of the government of Ecuador. MCSquared undertook much of the work last year, but only notified the DOJ, as is required by federal law, in July after the Washington Free Beaconreported that it had failed to disclose its contract with that government.

Ecuador hired the firm specifically to go after Chevron, which has resisted paying a $9 billion judgment the company claims was obtained by fraud and corruption on the part of American plaintiffs’ attorneys.

MCSquared filed an amended Foreign Agent Registration Act disclosure on Wednesday detailing nearly $2 million in disbursements related to work attacking Chevron and promoting efforts to enforce the judgment in other countries where the company has assets.

MCSquared subsequently promoted the actors’ visits to Ecuador in a pair of press releases.

The firm’s payments to the two talent agencies represented more than a quarter of its total itemized disbursements associated with its contract with Ecuador.