Next time you hear “Cuba Experts” and Castro propagandists talking about how the U.S. should start doing business with “Cubans,” now you know which Cubans they are referring to. 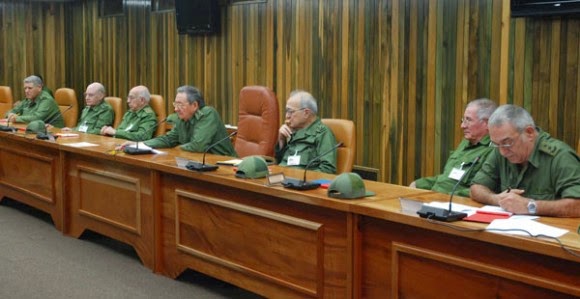 The militarization of Cuba’s economy began in the 1990’s under then-Defense Minister, General Raul Castro.

The latest shakedown of foreign businessmen in Cuba is simply a further distribution of the “piñata” among Raul’s family, friends and loyalists.

These are the military monopolists that some want the U.S. to illogically lift sanctions and do business with — in the hope of some miraculous “trickle-down” effect (at best).

Yet, by definition and practice, these military monopolists are the very antithesis of “trickle-down”.

If the U.S. were to lift sanctions, it’d simply be handing Raul and his military cohorts the biggest pie in the world to divvy up among themselves.

Something akin to the Russian mafia — just 90 miles away.

When lawyers for a Canadian businessman imprisoned in Cuba on charges of economic crimes against the state, taxation and bribery went to Havana to meet with tax officials over the allegations, they were taken to a state security office and told to meet with military generals instead, a company official said.

“They were pretty well intimidated and told we’re taking all of your assets and in addition you’re going have to send another $55-million down before Cy [Tokmakjian] would be released,” said Lee Hacker, a vice-president of the successful transportation company that Mr. Tokmakjian founded.

“There is something very sinister going on in Cuba,” he said.