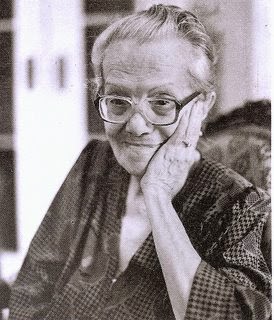 CDRs (“committees for the defense of the revolution”) were an early and key element of the system of repression and surveillance implemented by the Castro regime to control society. They were set up on each block of every Cuban town and city to monitor, report on, and regulate the lives of the people living on every block of the island. We are definitely talking about spying and ratting on the neighbors to the authorities for any conduct considered “counter-revolutionary” or otherwise undesirable by the regime. We are also talking about enforcing various coercive rules imposed by the state, as well as organizing pro-regime propaganda activities and coordinating (often covertly) activities against those the regime wished to harass or punish (the idea being to make regime-ordered abuse look like spontaneous popular response). Welcome to socialist utopia.

It is a serious stain on the national character that people prepared to carry out such functions against their neighbors on behalf of a totalitarian tyranny were found on every block throughout Cuba. It is an appalling and profoundly shameful disgrace which has lasted over five decades and persists to this day. Practically any Cuban exile can recount horror stories involving the CDRs, which are practically synonymous with “miseria humana” (and that does not mean human misery, but rather human miserableness). I could certainly relate several such stories from my family’s experience, but what prompted this post is a case that is especially noteworthy because of the particular victim.

Dulce María Loynaz (1902-97), a Cuban poet who at the end of her life would win the Cervantes Prize (considered the Nobel Prize for literature in Spanish), was a highly exceptional woman. Born the year Cuba became independent, she was the daughter of the rebel Major General Enrique Loynaz del Castillo, who had fought the Spanish alongside major historical figures like Antonio Maceo and wrote the words for the “Himno Invasor,” the anthem used by Cuban rebel troops during the war. Her mother was a woman of great artistic sensibilities and aristocratic lineage, so she grew up in an environment that was both very patriotic and highly cultured. She started writing poetry when she was 10 and having it published in her teens, traveled widely (North and South America, Europe and the Middle East), and had personal contact with noted writers, intellectuals and artists, including major Spanish-language literary figures like the poets Federico García Lorca, Gabriela Mistral and Juan Ramón Jiménez (the latter two Nobel Prize winners). She wrote a novel, though she was primarily a poet, and also wrote for various periodicals. Though admired in Cuban literary circles, she was better known and appreciated in Spain, where her Spanish husband did much to promote her work, especially in the 1950s. But then came 1959, and everything changed.

After a couple of years of the new order, her husband apparently couldn’t stand it anymore and left for Spain (he returned in the early 1970s, terminally ill, and died in Havana). Dulce María, however, refused to leave Cuba–years later, when asked why she had not, she simply answered: “I was here first.” She never wrote poetry again after the Castro takeover and withdrew into internal exile, living in the seclusion of her house, which became a parallel but very separate universe. She was childless and lived alone, accompanied by her beloved dogs, in a once-grand but decaying old mansion. When well into her 80s, a foreigner asked her if she was not afraid to live alone, and she responded she was not because she was a soldier’s daughter, and the daughter of a soldier should not and must not be afraid. Such strength stood her in good stead.

Even though she never overtly opposed the “revolution” and lived like a recluse, strictly minding her own business, she did not escape the notice or malice of her local CDR. It has now come to light, long after her death, that the minion in charge of that outfit targeted her for harassment, presumably following orders from higher up. As reported here, men who were children in her neighborhood at the time have disclosed that the CDR president would gather local kids and tell them to do things like throw rocks at her house and break windows, damage garden ornaments, leave piled-up dirt on her porch and harass her dogs–which they did. The kids were told she was a crazy old woman, bourgeois, counter-revolutionary and a Jehovah’s Witness (the latter, like being homosexual, was one of the things that got people thrown into the infamous UMAP concentration camps in the 1960s). She was quite lucid and quite Catholic, but the point was to make the kids take her for some kind of witch, since they had no idea who or what she really was. The matter recalls a phrase by the great 19th-century Cuban-born poet Gertrudis Gómez de Avellaneda, who wrote about “chusma diligente,” or diligent lowlife.

Of course, compared to the much nastier “acts of repudiation” orchestrated by the regime and perpetrated by “the people” against those wanting to leave Cuba during the Mariel Boatlift, not to mention aggressively hostile acts against declared dissidents or opposition figures to this day, the harassment directed at Loynaz may seem relatively mild. The point, however, is not so much the severity but the mentality and motivation behind it. Even apart from moral or ethical issues, there was no practical gain to be had from such spiteful vileness, since Dulce María, alone and obscure, presented absolutely no threat to the regime. All she had was her house, her animals and her dignity–but yes, that dignity and her uncommonly distinguished pedigree must have rankled the Castro people. Her detached aloofness from the outside world was evidently taken as an affront to the “revolution.” In a totalitarian system, lack of opposition is insufficient and neutrality is suspect–one must at least appear to assent, and preferably applaud one’s oppressors. In addition, Loynaz clearly embodied the traditional, republican Cuba, the Cuba the Castro regime expressly meant to obliterate.

The situation changed by 1984, when the seemingly forgotten Dulce María was first nominated for the internationally prestigious Cervantes Prize awarded by Spain’s Ministry of Culture. She did not win it that year, but it became clear that she had cultural importance, so the regime opportunistically “reconsidered.” Her writing had always been about very personal matters, never political, so it was safe enough. All her publications had long been out of print in Cuba, but she was suddenly “rediscovered,” so that her work was again published on the island, and she attracted the notice of the official Cuban media and literary establishments. There was even a documentary about her which aired on Cuban TV in 1987. Then, in 1992, her ninetieth year, she won the Cervantes, the second of only four women, and the first non-Spanish woman, to do so (Cuban novelist Guillermo Cabrera Infante won it in 1997, though Gabriel García Márquez never did). Although quite frail by then, she was able to go to Spain to receive the prize in 1993, handed to her personally by King Juan Carlos.

The themes of death and resurrection were recurring elements in her writing, and as it turned out, that was reflected in her life. At one point, she described herself as “a woman who no longer exists.” She had outlived her siblings and husband as well as the country and society that shaped her and to which she belonged; she had stopped writing, and the world, generally speaking, had passed her by, a solitary old lady in a rambling old house. But then, at the end of the road, she was raised up as if resurrected, and her life was vindicated. It’s a beautiful story, which makes the harassment she was subjected to all the more sordid and detestable. Let us hope that Cuba, or the best of Cuba, which is what Dulce María Loynaz stood for, will eventually rise again.