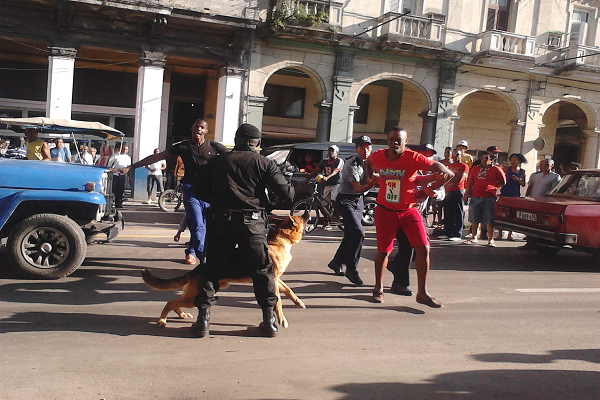 The recent magnificent and magnanimous reforms of Cuba’s violently repressive apartheid Castro regime have been the fodder for many articles by the media of how things are changing for the better on the island. Forget about the more than five decades of corruption, human trafficking, assassinations of opposition leaders, and vicious oppression by Cuba’s Castro crime family. The only thing the media and Castro propagandists here in the U.S. want to talk about is the benevolent dictatorship’s stupendously sublime reforms that will surely make life better for all Cubans.

So what have these reforms done for the Cuban people. Well, since they began implementing them, Cubans are now experiencing a fourfold increase in political arrests. With two months still remaining in 2014, the Castro dictatorship has already made more than 8,000 political arrests, nearly four times the arrests from 2010 before those wonderful reforms.

Via the independent Cuban Commission for Human Rights:

Political arrests in Cuba since January 2010: